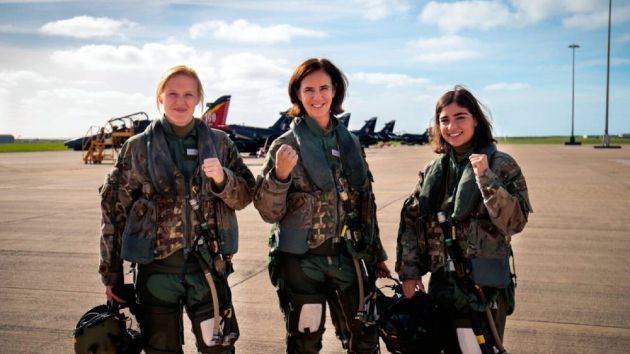 All-female single-seater championship the W Series has announced a new partnership with the Royal Air Force (RAF) to increase opportunities for women in motorsport and the armed forces.

As part of the collaboration, W Series and RAF will run a series of joint events to demonstrate the career paths open to women and inspire young girls.

Additionally, W Series drivers and RAF pilots, as well as engineers, mechanics and other female support staff, will work together to broaden their knowledge base in their respective industries. This will begin with a W Series visit to RAF Valley in Anglesey, Wales.

"I am immensely proud on International Women’s Day to begin this collaboration with the Royal Air Force which reinforces how serious we are about ending the gender imbalance in our respective industries," said W Series chief executive Catherine Bond Muir.

"We have so much synergy with the Royal Air Force – our pilots, drivers, engineers, and mechanics operate at the highest level under immense pressure, showcasing their talent and hard work every day.

"Our shared vision is to get as many women into these positions as possible so that girls see these careers as a right, not a hope. Young women, it’s a great world out there for you so keep watching because if you can see it, you can be it."