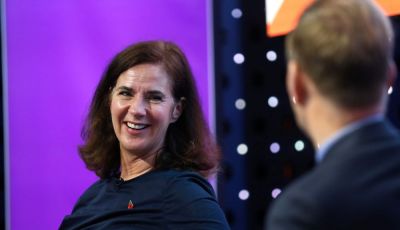 All-female single seater motor racing championship, the W Series, will turn a profit by its third season and wants a race calendar of 12 to 14 races, according to its founder and chief executive Catherine Bond Muir.

Having completed its first six-race season in August this year, the series is already pushing ahead with plans for the 2020 edition. The Russian city of St Petersburg and Anderstorp in Sweden have been added to next year’s schedule, replacing Belgium and Germany, with at least another two races expected to be announced.

Now Bond Muir has revealed that the W Series is aiming for further commercial growth and wants to increase the number of races up to 14 in time for 2021.

Speaking at the Sport Industry Breakfast Club, Bond Muir said: “W Series will be profitable in year three and that is something we’re proud of. The motorsport community has been welcoming of the idea and I’m thankful to all our ambassadors and investors for helping us grow.

“We’re six races now, and plan to be eight next year – with two in the Americas – before expanding to Asia. Our aim is to settle on a 12 to 14 race calendar and I’d be happy with that success.”

Designed in part to help women reach Formula One, the W Series is also looking to develop its sponsorship portfolio in its second season. This year saw the championship secure a number of in-kind deals, with backers interested in the W Series’ concept but keen to initially see it in practice before making any significant financial commitments. Now Bond Muir believes that dynamic has shifted going into the new campaign.

“That conversation has now completely changed, and because of how well year one has gone, the negotiations are much more centred around cash-based sponsorship,” she said.

“We don’t, however, just want to offer sponsors a sticker on the car, or the sleeve of a race suit. We want to work with sponsors who will help to tell our story and move the conversation along.

“Motorsport has been a macho environment and we want to change that, so we want sponsors and partners who are going to do the same.

“Nearly US$5 billion went into personal sponsorship in motorsport this last year, but all to men. Our central proposition is to change that and ensure commercial success for our drivers. Conversely, we also want to ensure women aren’t dropping out of the funnel to elite level, which currently exists.”

The full W Series 2020 calendar will be officially announced once all the races have been confirmed. Among the drivers returning to the grid will be the UK’s Jamie Chadwick, who became the series’ first title winner this year.