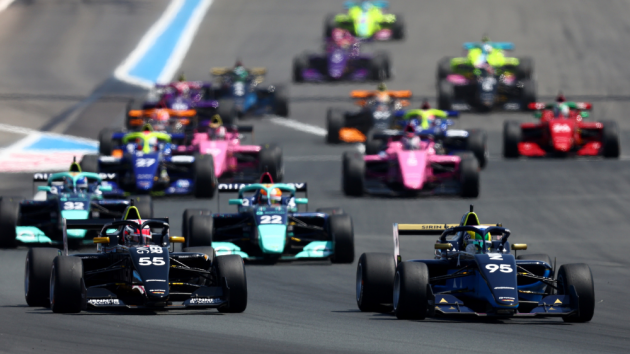 The W Series has announced Singapore will replace Japan on the 2022 calendar following ‘unforeseeable operational challenges’ in staging the race at Suzuka Circuit.

While no specific reason has been given for the cancellation of the Japan round, W Series was set to run different cars to what its drivers have used in previous rounds.

W Series has an agreement with the Toyota Racing Series (TRS), an open-wheel racing series in New Zealand, to be loaned cars for two of its rounds – Spain and Japan. The goal was to streamline logistics and ensure an emphasis was placed on sea freight over air freight.

Its usual fleet of cars will be shipped across to the US for the race in Austin. This appears to still be the plan, as W Series confirmed to The BlackBook that there are currently no logistical issues with the TRS cars.

The Singapore round will be taking place a week before the Japan race was planned to run, so it does allow W Series some extra logistical breathing space.

“Since we announced our 2022 race calendar in January, the global landscape has changed considerably,” said Catherine Bond Muir, chief executive of W Series.

“It’s with regret that we will not be racing in Japan this year, where we have strong support, but the challenges involved in doing so have increased significantly in the past six months, meaning that for a young business like ours it is sadly no longer possible to hold a race there.”

Colin Syn, deputy chairman of Singapore GP Pte, added: “We are thrilled that Singapore will be the first in Asia to host W Series, as we get back on track after a two-year hiatus.

“W Series is leading the way in promoting diversity and gender equality in motorsports. We are proud to partner them by offering a platform for an all-female line-up of elite races to compete [in support of] the Formula One Singapore Grand Prix.”