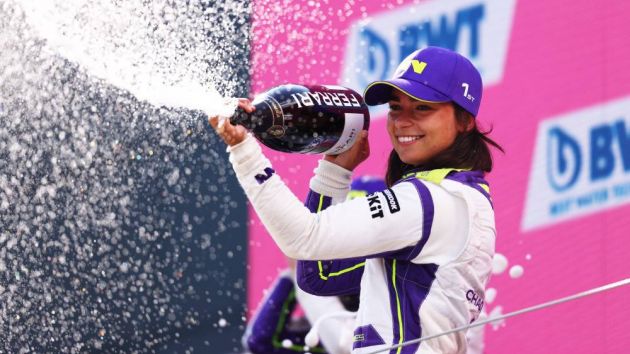 All-female single seater championship the W Series has extended its partnership with tyre manufacturer Hankook ahead of the 2022 season.

Hankook has partnered with the W Series since its inception in 2019 and will continue to supply tyres to the series throughout the eight-race campaign.

Hankook will also supply tyres to the W Series for its preseason testing in Barcelona from 2nd to 4th March. Additionally, Hankook engineers will continue to support the teams across the season.

Hankook and the W Series will also collaborate on a number of activations across the 2022 season to help promote women in motorsport.

"W Series’ third season promises to be the biggest and best yet as we visit more circuits and countries in a single season than ever before – including our first-ever round in Asia in October," said Catherine Bond Muir, chief executive of the W Series.

"W Series has made huge steps since its inaugural season in 2019, and as one of our founding partners Hankook has played a significant role in the success of the series.

"Last season saw some brilliant on-track action in a variety of weather conditions, as we joined the global stage of Formula One. The momentum behind W Series’ mission continues to grow and, with the support of all our partners, 2022 is set to be a very exciting year for us."