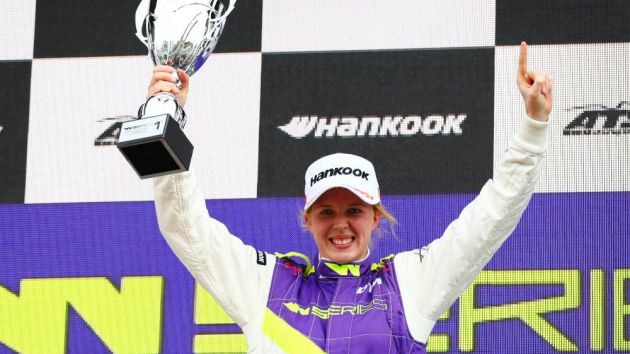 All-female single seater series W Series has announced that Hankook will continue as its official tyre supplier for the 2021 season.

The partnership between W Series and Hankook began during the series' inaugural season in 2019 and will continue as the series supports the Formula One calendar across eight races starting in June.

As part of the deal, Hankook will provide both slick and wet tyres to W Series' Tatuus T-318 F3 race cars throughout the racing season.

In addition, Hankook's engineers and mechanics will provide support to W Series, helping the teams and drivers to extract the most from the tyres.

"W Series’ inaugural season was a great success and Hankook played a big part in that, so today’s news that one of our founding partners is continuing to support our mission is fantastic," said Catherine Bond Muir, chief executive at W Series.

Despite the enforced postponement of our second season, the momentum behind W Series remains strong and, with the support of all of our partners and Formula One, 2021 is set to be a very exciting year for us.”