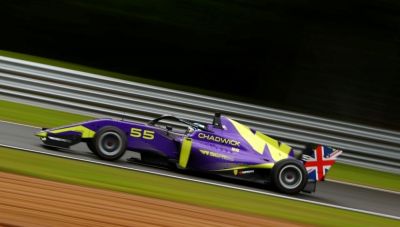 The W Series’ founder and chief executive, Catherine Bond Muir, has said the championship could switch to electric or hybrid engines in the future.

Speaking to Reuters, Bond Muir revealed that the all-female single seater motor racing championship could follow the lead of electric series Formula E as the W Series continues to grow and develop ahead of its second season.

“Our progression of engine is going to be an interesting story. Are we going to have a more powerful engine in the future or do we stay at this level? I think there are lots of areas and places we could move to,” Bond Muir said.

“Looking long term into the future, I wouldn’t want to be using a petrol engine. That’s not the way the world is going. Certainly we have to think about hybridisation or electric. Of course we do.”

Bond Muir’s comments come as motorsport broadly faces pressure to cut its carbon footprint. Notably, Formula One has announced plans to have a net-zero carbon footprint by 2030 and plans to make all race events sustainable by 2025. The sport had already made the switch to turbo hybrid power units in an effort to cut emissions, while new rules for 2021 mean that the petrol used by teams in their cars must have a biofuel content of at least ten per cent.

For the W Series, developing and reassessing its engine technology forms part of its long-term development plans. The championship continues to enjoy steady growth after its inaugural 2019 season, exemplified by global smartphone brand Rokit Phones recently coming on board as its first major partner.

The series is also setting its sights on an expanded race calendar of 12 to 14 races in time for 2021, while Bond Muir expects the championship to turn a profit by its third season.