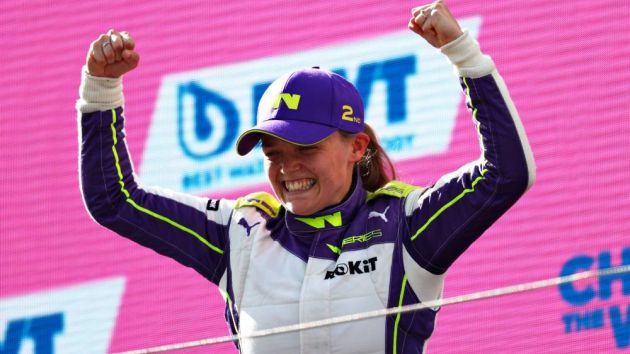 The academy will award two drivers with fully funded seats in the series for two years, with chosen drivers receiving coaching and mentoring to improve their skills on the track. In order to create rounded athletes, the W Series will also offer media training, plus a nutrition and fitness programme.

Under the academy system, drivers will take on an ambassadorial role, reaching out to encourage young girls to consider motorsport.

A new grassroots initiative will also be implemented where girls aged 16 and over will be provided with a clear pathway from karting up to high-level motorsport.

"We are delighted to be able to take the first step of our W Series Academy plans this season, despite the headwinds we and many others have faced over the past year," said Catherine Bond Muir, chief executive at W Series.

"The W Series Academy is an important step forward in our quest to enable young women to enter motorsport and compete on an equal footing with men.

"Irina Sidorkova and Nerea Martí are our two youngest drivers but, at the first race of the 2021 W Series season in Austria, they both showed their tremendous potential on motor racing’s greatest stage.

"All of us were blown away by how they conducted themselves on and off track, and we are thrilled to be able show our commitment to them – and the next generation of young girls they are already inspiring – by providing the extra coaching and mentoring they need to go all the way because the sky is the limit for them both."

The second round of the 2021 W Series season will take place on 3rd July at the Red Bull Ring, Austria.