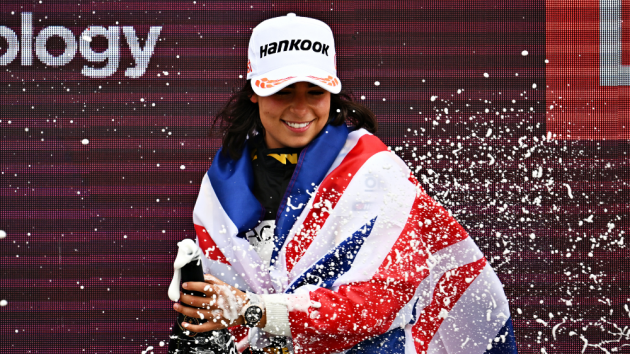 The all-female single seater W Series has achieved its highest-ever race audience in the UK, peaking at over one million viewers at last weekend’s round at Silverstone.

This makes it the most-watched motorsport event outside of Formula One since 2014, with coverage broadcast across pay-TV network Sky Sports and free-to-air (FTA) broadcaster Channel 4 for the first time.

Average viewership hit 713,000 for the race, as Jamie Chadwick won her sixth consecutive race to continue her domination of the series.

“We had big ambitions to make 2022 W Series’ biggest season so far, which kicked off in Miami where we achieved our largest-ever TV audience to date, with 453,000 viewers across the Sky network,” said Catherine Bond Muir, chief executive of the W Series.

“Coming into our Silverstone race weekend, we set ourselves the ambitious target to double that. To achieve a peak of more than one million viewers is a landmark achievement in our history and a real statement of intent.”

The viewing figures come after the W Series signed a three-year broadcast partnership with Sky Sports at the start of this season. The deal represented the championship’s largest media investment to date.

Bond Muir continued: “Seeing our drivers – including six British women racing on home soil – line up on the grid in front of a sell-out crowd at Silverstone was an emotional moment, and fans watching at home enjoyed comprehensive live television coverage across both Sky Sports and Channel 4 for the first time ever.

“I’m incredibly proud that W Series has achieved this milestone, but we’re not done yet. We have big ambitions for W Series’ continued growth, and thanks to the support from our broadcast partners, we can bring incredible racing to an ever-increasing global fanbase and strive to inspire as many women and girls as possible to get into motorsport.”

W Series is currently in its third season but, as of yet, no driver has progressed beyond the series into either of Formula One’s support categories, Formula Two and Formula Three.

Many drivers already have links to Formula One teams, such as Jamie Chadwick with Williams, Abbi Pulling with Alpine and Jessica Hawkins with Aston Martin.

The BlackBook asked W Series driver Alice Powell what it would take for the championship to establish itself further. She said: “Having a female move on and have success elsewhere. I do a lot of work with Abbi Pulling, I manage her, she’s doing great things in the championship.

“They need someone like Abbi to move on and go to Formula Three, Formula Two, and hopefully Formula One. I think that will really show that it’s been successful.”

Abbi Pulling’s parent team Alpine recently announced their ‘Race(H)er’ initiative to reinforce meritocracy across genders in all areas of the company. The scheme will also identify female talent from an early age and deploy a comprehensive roadmap to support their progression.

Laurent Rossi, chief executive of Alpine, told the BBC that the initiative was an “eight years’ programme” for discovering a competitive female Formula One driver.