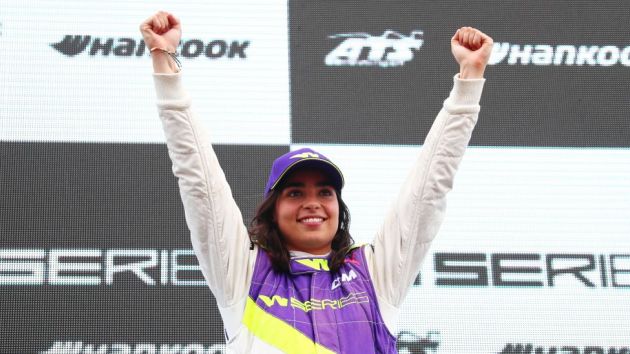 The 2021 W Series calendar will feature eight Formula One support races as part of a partnership between the two motorsport series for next year ‘and beyond’.

The all-female single-seater championship was due to race alongside Formula One for the first time this year but had to cancel its second season due to the coronavirus pandemic.

The precise locations and dates of the rounds have not been revealed, although W Series was supposed to support Grands Prix in Mexico and the United States this year.

“Formula One is by some margin the world’s premier motor racing series, and, when we promised that W Series would be bigger and better in the future, partnering with Formula One was always our ultimate objective,” said W Series chief executive Catherine Bond Muir.

“There is no doubt that, now that W Series will be run alongside and in collaboration with Formula One, our global reach, impact and influence will be increased significantly.”

Launched in 2018 before holding its inaugural season the following year, W Series was set up to increase opportunities for women in motorsport with the ultimate goal of helping a female driver reach Formula One.

Bond Muir said the organisation’s closer ties with the Liberty Media-owned series will “help and enhance that process”, and also noted that the availability of FIA super license points will be “an important factor” for any woman who wants to carve out a professional racing career.

“It is a really important moment for us to welcome W Series as partners for eight races this season,” added Ross Brawn, Formula One’s managing director of motorsport. “They have been a beacon to many since they began racing in 2019.

"We believe it is incredibly important to give everyone the chance to reach the highest levels of our sport and their partnership with Formula One next season shows our determination and commitment to showcase their exciting series and the importance of building greater diversity across the sport.”

It is not yet clear how many races in total will feature on the 2021 W Series calendar. The 2020 season was due to consist of eight races, including new events in Sweden and Russia, but Bond Muir told the Black Book in March that she envisaged eventually expanding to between 12 and 15 rounds a year.

The announcement comes after Formula One revealed its provisional 23-race calendar for 2021, with one space on the schedule still up for grabs after the Vietnamese Grand Prix was axed.