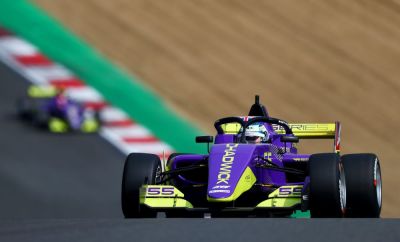 W Series, the all-female single seater motor racing championship, has cancelled its 2020 season due to the coronavirus pandemic.

This year’s eight-race campaign had been scheduled to start in St Petersburg, Russia, on 30th May before concluding in Mexico City on 31st October, until the Covid-19 health crisis struck.

The decision has now been taken to stage no on-track races until 2021, following consultation with the International Automobile Federation (FIA), Formula One and the German Touring Car Masters (DTM), as well as W Series’ partners and suppliers.

Plans are already in place for next year’s season, which will include at least two races on the Formula One calendar, in Mexico City and the US state of Texas.

“After the resounding success of W Series’ debut season in 2019, our decision not to stage on-track races until 2021 is not one that has been taken lightly,” said W Series chief executive Catherine Bond Muir.

“However, we are already working on an exciting new W Series race calendar for 2021, and we are delighted to be able to confirm that W Series races will feature on the support cards of a number of Formula 1 Grands Prix next year, including the 2021 United States Grand Prix at Circuit of the Americas and the 2021 Mexican Grand Prix at Autódromo Hermanos Rodríguez.

“In the meantime, this year, we remain committed to developing our drivers and entertaining our loyal fans all over the world. To that end, we are progressing with our exciting and innovative new W Series Esports League, which will go live on June 11 2020. In addition, our brilliant management team – including 13-time F1 Grand Prix winner David Coulthard and our hugely experienced racing director Dave Ryan – will continue to provide our drivers with invaluable career advice and support.”

Ross Brawn, Formula One’s managing director of motorsport, added: “W Series has had an incredible impact on the world of motorsport, and we were excited to have them join our schedule this year.

“It is a big disappointment for all of us that due to the difficulties presented by Covid-19 the events will not take place, but we are looking forward to some exciting racing in 2021 when W Series returns.”