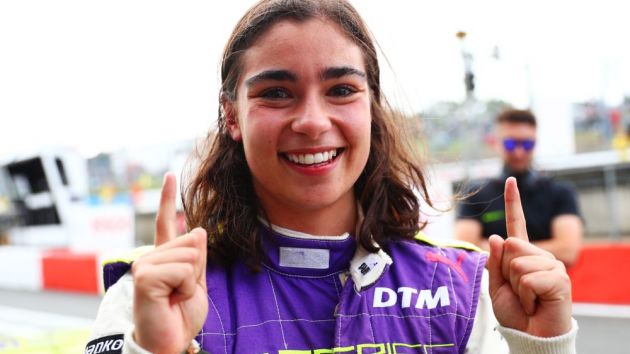 The W Series, the world’s first and only all-female single-seater motor racing championship, is set to expand by at least two races next year after its successful inaugural season.

According to Reuters, series founder and chief executive Catherine Bond Muir is hoping to add additional races in Europe next year and could look to take the championship to the United States and Asia in 2021.

This year, the W Series operated as a support series for the German Touring Car Masters (DTM), with a six-event calendar beginning at Hockenheim in May and culminating at Brands Hatch in the UK last weekend.

For 2020, the arrangement with DTM will remain in place, while the top 12 drivers in this year’s standings, including the inaugural series champion Jamie Chadwick, have qualified automatically.

“Everyone describes it as the second album,” Bond Muir told Reuters. “We’ve spent so much of this year talking to the media about what is W Series, why it’s needed and responding to our critics and giving our point of view against their criticism.

“I think we’ve done that now and next year has got to be all about the drivers and telling the drivers’ stories and introducing the personalities and characters.”

The W Series aims to provide young female drivers with a pathway into the top levels of professional motorsport without the need for substantial funding.

Chadwick, a 21-year-old Briton who pocketed US$500,000 for claiming the inaugural title, is also a Williams Formula One development driver, but few of the names on the W Series grid enjoy such opportunities.

Nevertheless, the W Series has succeeded in shining a light on the issue and, according to Muir, its creation will ultimately lead to more women following in Chadwick’s footsteps.

“If you want to have a fundamental change of the outcome, you have to change the process fundamentally,” she said.

“We knew that W Series would be controversial because of course it is. Ultimately what it is, is positive discrimination - and there are always people that sit on the two sides of that debate.”