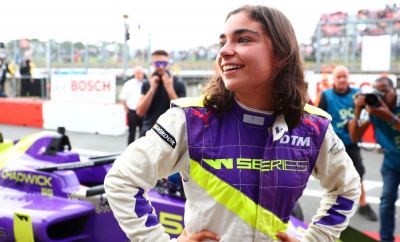 The W Series, the world’s first and only all-female single-seater motor racing championship, has added events in Russia and Sweden to its initial six-race calendar for 2020.

The event in the Russian city of St Petersburg will open the season at the end of May, with the race in Anderstorp, Sweden taking place from 12th to 13th June.

Zolder in Belgium and Germany’s Hockenheim, which hosted the series’ inaugural race this year, have been dropped from the calendar. The Italian round, meanwhile, will now be held in Monza instead of Misano.

Germany’s Norisring, Brands Hatch in the UK and Assen in the Netherlands remain part of the series, which will once again serve as a support series for the DTM German Touring Car championship.

It was reported in August that the W Series is set to expand by at least two races next year, and the championship’s founder and chief executive Catherine Bond Muir confirmed “the complete” 2020 calendar will be announced “as and when we’ve finalised it”. Reuters said earlier this year that Bond Muir was hoping to add further races in Europe next year and could look to take the series to the US and Asia in 2021.

Next year’s W Series will see the top 12 drivers from last season return along with eight new drivers. The championship will offer points towards a Formula One super license in the same way as other junior series such as Formula Three.