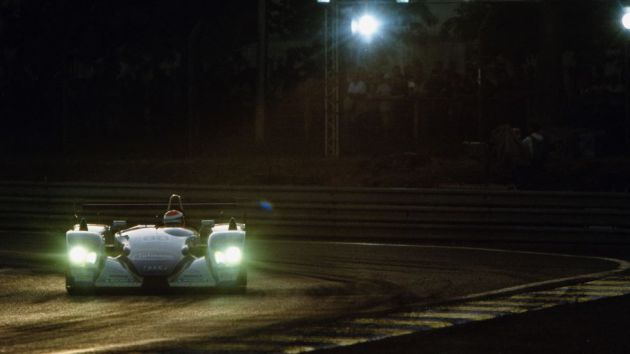 British-based racing outfit Veloqx has revealed it will make a return to racing in 2025 with a Le Mans hypercar.

Veloqx last competed in professional motorsport in 2004, securing victory in the Sebring 12 Hours and runner-up at the 24 Hours of Le Mans.

Now, the team has told Autosport that it plans to return to the track in 2025, though it has not ruled out an earlier date. The team will run a World Endurance Championship (WEC) vehicle, which will be known as the Veloqx Fangio Hypercar, featuring an engine capable of running on biofuels.

"I was 28 when we stopped at the end of 2004 and I needed to focus on my business in real estate," Sam Li, founder of Veloqx, told Autosport.

"I've worked with a manufacturer and been successful, but I wanted to grow the company to the point where I could have more added value technically when I came back.

"I am now committed to trying to win Le Mans under the Veloqx name."

As the motorsport industry faces pressure to become more sustainable, biofuels have been mooted as a possible solution. However, critics have pointed out that synthetic fuels and biofuels still produce carbon dioxide, causing many to argue that they cannot be considered a long-term solution for addressing climate change.

Even so, the WEC has extended its partnership with TotalEnergies for a further three seasons, which will include a switch to run on biofuel from 2022.

"We want to use endurance racing and the platform provided by the Automobile Club de l'Ouest [the Le Mans organiser and WEC promoter] to validate this technology," added Li.

"We want to have multiple teams running our LMH against each other on a variety of fuels.

"We believe that different oil companies in different jurisdictions will have different solutions for a zero-emissions fuel format."

Currently, Veloqx have developed a car which will serve as a prototype to its hypercar, which has already performed initial tests at Bahrain International Circuit.