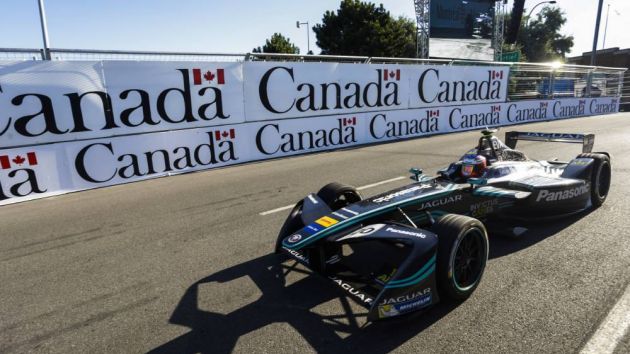 Local authorities in Vancouver have approved a motion to support a Formula E race, starting in 2022.

The proposal was submitted by city councillors Sarah Kirby-Young and Michael Wiebe and was approved by a nine to one vote.

The project has been spearheaded by motorsport event designers One Stop Strategy (OSS) group, which was founded by former Lotus Formula One team chief executive Matthew Carter and Philip Smirnow, who are aiming for the race to last for at least three years.

“We were approached by Formula E to look for a city to host a race in Canada. We decided Vancouver was the best fit,” said Carter.

The proposed ePrix is part of Vancouver's efforts to improve tourism and revive the hospitality sector, which was damaged due to the Covid-19 pandemic.

The Vancouver ePrix, pencilled in to take place in July 2022, will form part of a three-day festival, named the Canadian E-Fest.

Aiming to promote Formula E's sustainability-driven message, the event will begin with a two-day conference on the electrification of transport.

Activities on the Friday and Saturday will finish with a concert at BC Place Stadium, which has the capacity for 42,000.

"What we’re offering is much more than just a Formula E race. The three components with the business conference, the concerts, and the race is very unique," said Carter.

"It’s a unique concept even to Formula E, and it’s a model we hope to showcase in Vancouver and to prove that the concept works.

"And then maybe, I’m hoping that this will become the jewel, Formula E’s crown, and they’ll take this business model to other cities around the world. It’s very much a different proposition to a normal Formula E race."

The Vancouver ePrix is expected to generate CA$83.5 million (US$67.8 million) for the local economy and will also create 3,000 jobs.

Due to the Covid-19 pandemic, the city estimated that it has taken a CA$9 billion (US$7 billion) economic hit and 7,000 jobs have been lost.

Looking to the future, Formula E's cities development director Oliver McCrudden has said that his organisation will now work with OSS to move the project into the next stage.

In June, the pair will submit their 2022 calendar, including the Vancouver race, to the International Automobile Federation (FIA) for approval.

"Since receiving early plans, I’ve been very impressed by the OSS Group event concept. Their analysis and event planning has been exemplary, and their vision for a race event in your city makes it clear to me that Vancouver would sit beautifully alongside the other names on our global roster,” said McCrudden.

"The event is central to what we do, and the OSS plans for a Vancouver E-Prix deliver on our guiding principles."

There have been rumours of a Vancouver ePrix since the series begun in 2014. A motion was brought forward to city officials, however no concrete plans were made.