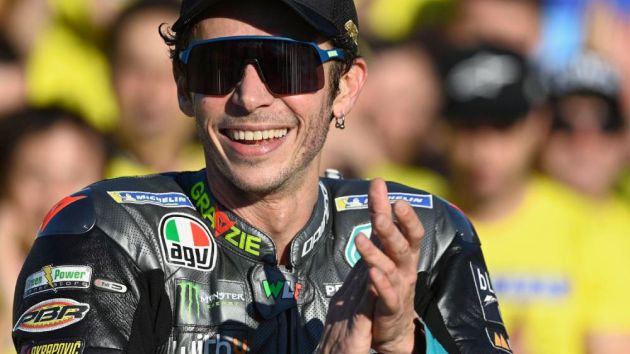 The team was created by MotoGP legend Valentino Rossi in 2017, initially competing in the junior Moto3 championship. VR46 has since expanded to Moto2 and MotoGP. The team will now be rebranded as Mooney VR46 Racing for the next MotoGP season.

According to Crash.net, the partnership with Mooney could see VR46's previous agreement with Saudi Arabian oil giant Aramco altered or end entirely. That deal was initially expected to run from 2022 until 2026.

A team press release in April read: 'In 2022 the VR46 Team will debut in the MotoGP class together with Tanal Entertainment Sport & Media with Saudi Aramco, as the new main sponsor for the period 2022 to 2026.'

In addition to supporting VR46's MotoGP and Moto2 campaigns, Mooney will also sponsor the team's VR46 Academy training programme, as well as any four-wheel activities Rossi enters following his retirement from motorcycle racing at the end of 2021.

"I am happy to have at our side from the upcoming season an Italian company like Mooney, leader in the field of proximity payments and with we share the strategy of developing the young Italian talents together with the research for a constant improvement in the performance," said Rossi.

"Mooney, in addition to being the title sponsor of our team in the MotoGP and Moto2 World Championship, will also join us [for] the VR46 Riders Academy and in my first four-wheel racing season."