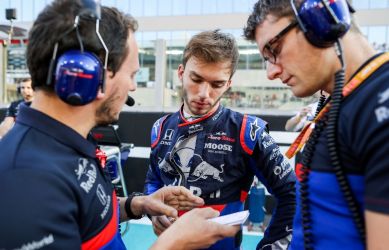 Motorsport’s AlphaTauri have revealed the cost of running a Formula One racing team to be US$181.1 million in their financial accounts for 2018, which show the team made a net profit of just US$1.8 million.

As first reported by Forbes, the 2018 accounts for Toro Rosso, the former name of the Red Bull-owned Formula One outfit, break down how the team make and spend their money.

The team’s largest revenue source is Austrian energy drinks brand Red Bull, which paid the team US$82.9 million in the financial year up to December 2018. Of the team’s US$183.6 million total revenue in 2018, US$59.7 million comes from Formula One via prize money and commercial rights fees, with research and development grants also factored into that figure, whilst sponsorship from the likes of watch brand Casio accounted for US$29.5 million.

In terms of costs, team equipment and car construction materials were the biggest outgoing at US$56.5 million, followed by services such as travel, driver fees, energy and telecommunications costs at US$45.6 million. Staff costs accounted for US$40 million in outgoings, covering 310 employees ranging from four in senior management, 14 in junior management, 190 white collar workers and 102 blue collar workers. Fees paid by Toro Rosso to Honda for its 1.6 litre engine factored into third-party asset costs of US$22.6 million.

The level of detail is provided as a result of the annual report originally being filed in Italy, which requires greater detail for such documents, but Toro Rosso also need to file accounts in Britain due to having a UK-based aerodynamics department.