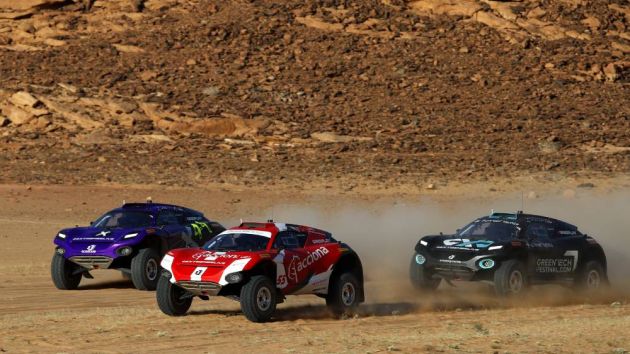 The championship partnered with media giant Little Dot Studios ahead of the Desert X Prix Saudi Arabia to create content on TikTok and draw in Gen Z audiences.

Building on that success, the Ocean X Prix's final races will be live-streamed on TikTok in multiple regions around the world, including Russia, France, Bahrain, Poland and Finland.

In addition, behind-the-scenes content will be available live throughout the weekend in Europe, Middle East and North Africa (MENA), North America and in Spanish-speaking countries.

"The viewing numbers from our first event – the Desert X Prix in Saudi Arabia - were beyond phenomenal and I’m so thrilled that we were able to reach so many people with our unique championship broadcast," said Ali Russell, chief marketing officer at Extreme E.

"TikTok is massive, and we know that over 60 per cent of its audience are ‘Gen Z’ers’ - the age group that is most concerned about the climate crisis - so to be able to fully engage with them like this is brilliant for our sport for purpose series.

"It’s fantastic that we can now add live streaming in addition to the races and behind-the-scenes coverage from our Ocean X Prix. This is an absolute gamechanger for our sport and I can’t wait to share Extreme E’s thrilling action and the stories of our championship from Senegal this weekend."