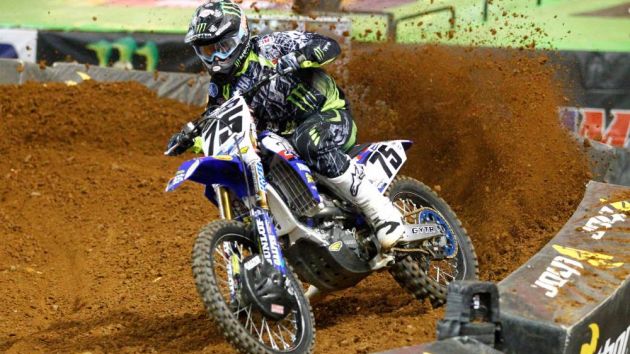 Supercross Championship promoter Feld Motor Sports (FMS) has revealed that it will not renew its contract with the International Motorcycling Federation (FIM).

Now, the series will become a domestic entity under the control of the American Motorcyclist Association (AMA) sanctioning body.

The FMS decision was made due to the ongoing effects of the Covid-19 pandemic, which has limited the operations of motorsport worldwide.

FMS was forced to cancel and reschedule several Supercross races due to the pandemic which led the promoter to focus its efforts solely on the US.

However, the series will seek to maintain an international presence through the growth of global digital and TV viewership, including on its own platform.

The FIM has worked with Supercross for 20 years, introducing international races to the American championship in locations such as Spain, the Netherlands, Canada and Switzerland briefly from 2002 to 2006 to help expand its international presence.

"Firstly, I would like to say a huge thank you to Feld Entertainment not only for such a long and great partnership, but also for their immense work in making the Monster Energy AMA Supercross Championship the wonderful product it is today," said Jorge Viegas, FIM president.

"I firmly believe under normal circumstances that this is an agreement that would have been extended for a further period and that would have continued to go from strength to strength. That said we fully understand the current situation and respect the decision that has been taken.

"With the ongoing support of our national federation in North America – the AMA – I am confident that the series will soon recover the levels it enjoyed before the pandemic and that in the future we will have the opportunity to explore a new agreement. In the meantime, on behalf of the FIM I would like to wish our American friends every success."