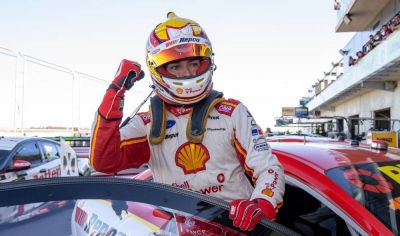 The Supercars Championship, Australia’s premier motorsport series, has confirmed new five-year domestic broadcast partnerships with Fox Sports and the Seven Network that will run until the end of 2025.

Pay-TV network Foxtel will continue as the primary broadcaster, with live coverage of every event, including practice, qualifying and races, through both Fox Sports and its Kayo streaming service.

Commercial broadcaster Seven replaces Ten in the free-to-air role, with six live broadcasts per season – one of which will definitely be the Bathurst 1000.

According to Supercars the new deal is worth more than AUS$200 million (US$140 million) in 'cash and advertising', which marks a significant drop off for the series compared to the total AUS$241 million (US$169 million) it received from its expiring deals with Foxtel and Ten.

Supercars chief executive Sean Seamer said: “I thank Foxtel CEO Patrick Delany and Seven West chief executive James Warburton for their plans and commitment to grow this sport over the next five years.

“I would also like to thank Network Ten who have been great partners of Supercars since 2015 and for their ongoing support throughout 2020.

“2021 will be the start of a new era with some old friends and I know everyone in Supercars is excited about what lies ahead.”

The 2020 Supercars season continues with the second leg of the double-header at The Bend starting 26th September.