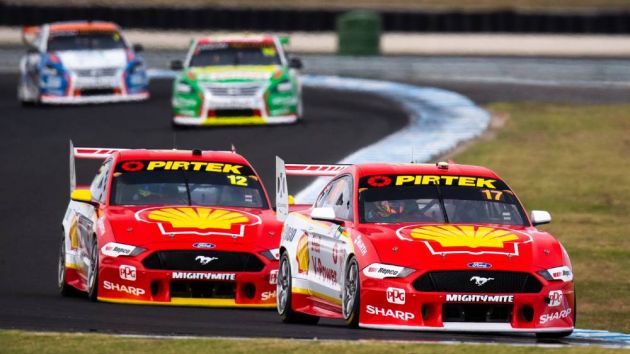 The Australian Grand Prix Corporation (AGPC) has revealed that the Supercars Championship will replace the MotoGP round at Philip Island this year.

Supercars will return to Philip Island for the ninth round of the championship, which is scheduled for 23rd and 24th October, the same weekend MotoGP was originally slated to take place.

In July, MotoGP promoter Dorna Sports revealed that the Philip Island round was cancelled due to strict Covid-19 protocols in Australia.

According to The Age, the cancellation of the event has left a AUS$42 million hole in the local economy, as the race used to attract 92,000 fans, nationally and internationally.

Supercars will form part of the Bass Coast Festival of Motorsport, which is a three-day celebration of Philip Island's racing history.

Additionally, the championship has also revealed that hardware company Bunnings Trade will be the title sponsor of the event.

The round will be supported by the Australian Superbikes Championship and the Porsche Carrera Cup Series and is set to be broadcast on Fox Sports and streamed on Kayo on Australia.

"We are thrilled to be able to confirm today that we will be returning, with fans, to Phillip Island in October," said Supercars chief executive Sean Seamer.

"Working with AGPC and the Victorian Government, the Bunnings Trade Phillip Island SuperSprint will feature something for all fans.

"The Superbikes were extremely popular in Darwin earlier this year and we’re excited to see them with us again for this event.

"We hope to see fans line the circuit in October for what promises to be two action-packed days of racing.

"We’re very pleased one of our longstanding partners, Bunnings Trade will be our naming rights partner for the new event and we’re grateful to have them on board for our trip to Phillip Island in October."