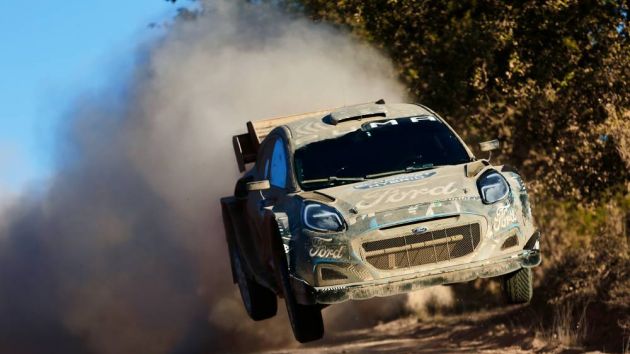 As part of the agreement, Stan Sport will broadcast all three series both live and on-demand.

In 2021, the IndyCar and WRC seasons were broadcast in Australia on Fox Sports, whilst the WEC was available on Eurosport.

Stan Sport will stream the entirety of the 2022 IndyCar season from its first race in St Petersburg, Florida, on 27th February, including the famous Indianapolis 500 event which will take place on 29th March.

The WRC will run 13 races in 2022, beginning with Rally Monte-Carlo from 20th to 23rd January, whilst the WEC starts in Sebring, Florida, on 12th March and is headlined by the 24 Hours of Le Mans on 11th June.

"We are very excited to be hosting some of the most iconic races in the world from IndyCar, World Rally Championship and World Endurance Championship.

"We know that Australian motorsport fans are some of the most passionate and we are excited to bring that passion to life by delivering world class, ad free coverage all year round."

Elsewhere, Rallycross Promoter, promoter of the World Rallycross Championship (WorldRX), has outlined a number of regulation changes for the 2022 season.

The series will go fully electric in 2022 in an effort to become more sustainable and attract new fans.

Confirmed at the recent meeting of the International Automobile Federation (FIA) World Motor Sport Council (WMSC), each event will run a new 'super pole' shootout after the practice session, where all competitors will complete a single timed lap to determine grid positions for the first heat. This will replace the previously used grid draw.

Then, the final will feature a maximum of five cars, all racing over five laps. Championship points will be awarded at the close of the weekend, with the top 15 cars scoring points.

Additionally, the European Rally Championship (ERC) has revealed its 2022 calendar.

The season will consist of eight rounds on a mixture of surfaces, including gravel and tarmac.

Beginning on 12th March with a double-header in Portugal, ERC then travels to Spain, Poland, Latvia and Italy, before racing in the Czech Republic from 27th to 28th August. The location of the final round is yet to be confirmed.

"This is a strong calendar of rallies which are popular with competitors and also proven fan-favourites," said Jona Siebel, WRC Promoter managing director.

"We’ll take time to consider the calendar for future years, but it’s no secret we want a diverse fixture list which mixes new rallies with long-standing and well-liked rounds.

"As well as an important championship in its own right, we view ERC as a WRC talent finder. We want the two series to fit like a hand and glove and we’ll simplify the path for competitors to progress from one to the other."