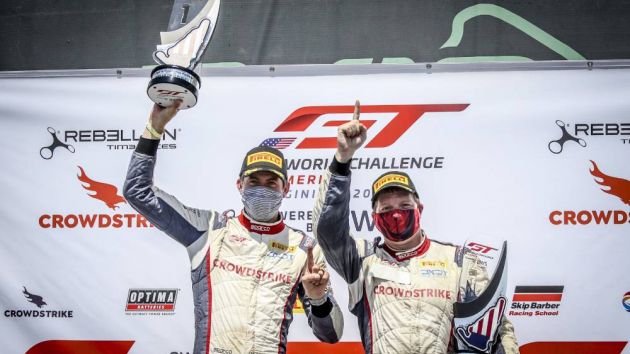 The agreement will see AWS provide the London-based motorsports marketing agency and event promoter with cloud services, as well as technology powered by artificial intelligence (AI) and machine learning (ML).

The partnership between the two began in 2019 before AWS, whose work in motorsport also spans deals with the likes of Formula One and Nascar, was announced as the title sponsor of SRO's GT World Challenge last year.

The collaboration will expand this year as the GT World Challenge is set to enter Australia after building established series in Europe, Asia and America.

As part of the deal, GT2, GT3, GT4 and touring cars will take advantage of AWS' technology as the cloud computing company will receive access to events throughout the year.

The new phase of the partnership will build on developments made in 2020, with real-time insights providing top speed and cornering data to fans via on-screen graphics.

"We are extremely happy to further strengthen our collaboration with AWS this season," Stephane Ratel, SRO's founder and chief executive, said in a statement. "They stepped into a significant role last year and their expertise produced great results in a variety of areas, from cloud hosting services to race broadcasts.

"At a time when Fanatec GT World Challenge Powered by AWS is expanding on to a fourth continent, our relationship with a highly skilled brand such as AWS is more crucial than ever."

The opening round of the 2021 GT World Challenge America season is slated for Sonoma Raceway on 6th and 7th March.