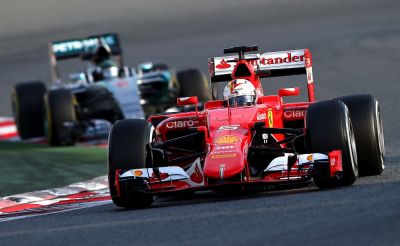 The first month of coverage on the Spark Sport over-the-top (OTT) service will be headlined by its rights to English soccer’s top flight Premier League as the title race hits the home straight.

Spark has also confirmed the service will be available in time for the opening race of the upcoming Formula One season, though the telecommunications firm has partnered with TVNZ to able to simulcast the Australian Grand Prix on 17th March.

Coverage will be available via Spark Sport and the TVNZ Duke streaming platform, which also has rights to the motorsport series.

Going forward, the service will be priced at NZ$19.99 (US$13.73) and include increased Premier League live matches, the Japan 2019 Rugby World Cup, NBA TV, the field hockey Olympic qualifiers and the Hockey World Cup.

Jeff Latch, head of Spark Sport, said: “We think Kiwis will love being able to stream sport in high definition on a range of devices, at the time they want, with access to a range of live and on demand coverage, for an affordable price.”

The launch of Spark Sport has been in the pipeline since Spark announced in November last year that it had appointed OTT solutions specialist iStreamPlanet as the platform provider to its new sports streaming service.

During its first six months, the Spark Sport app will gradually become available on a range of platforms including Apple TV, Panasonic, LG and Sony Smart TVs and more.

“The Spark Sport app is looking great. As we are launching in beta, we would welcome feedback from the first customers to jump on board,” Latch added. “We will continually be developing the platform and rolling out new functionality in the weeks and months after launch.”

Following Spark’s half-year financial earnings report released on Wednesday, it was explained that Spark Sport’s coverage from the motorsport series will be made available by a feed from UK pay-TV broadcaster Sky Sports, and will include commentary, race data and graphics across the championship’s practice and qualifying session in addition to the main races.

Spark, which won rights to the next three seasons of Formula One last October, will also stream shoulder content from the motorsport series provided by the UK media company, including the Sky Grid Walk and post-race review shows.

Spark reported NZ$1.75 billion (US$1.2 billion) revenue for the first half of the financial calendar – marking a year-on-year loss of NZ$7 million (US$4.8) said to be the result of “an accelerated decline in wholesale voice connections” during the previous year, plus a “slight moderation” to revenue growth across its mobile and cloud management services.

In a statement, Spark said that it will make announcements about plans for the Rugby World Cup including pricing and packaging details in April, once the Spark Sport platform has been fully launched.

“We are well on track with our planning for September and look forward to releasing more information about how Kiwis will watch the Rugby World Cup, as we expect many New Zealanders will want to sign up early,” Latch said.