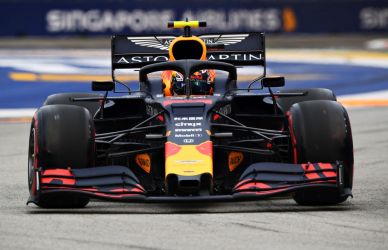 Formula One has confirmed that Singapore Airlines will continue as the title sponsor of the motorsport’s Singapore Grand Prix until 2021.

The agreement extends the airline’s status as the race’s premier partner for a further two season’s having first joined the event as a sponsor in 2014.

The Singapore Grand Prix, which hosted the global motorsport series’ first ever night race in 2008, returns to the Marina Bay Circuit on 22nd September and marks Singapore Airline’s sixth year associated with the race.

Formula One chief executive Chase Carey said: “We are very pleased that Singapore Airlines will continue to be the title sponsor for the Singapore Grand Prix until 2021.

“Singapore Airlines has been working closely with Formula One at the Marina Bay Circuit since 2014 and during that time we have seen brilliant races under the lights of an amazing circuit.

“As one of the premier events on the race calendar, loved by the fans and drivers, it is a perfect fit for us to work alongside the national airline of Singapore.

“We are looking forward to this year’s race that should, if the past 11 years is anything to go by, provide an amazing spectacle and a physically demanding race for the drivers.”

“We are pleased to be continuing as title sponsor, and helping to further enhance both sports and tourism for the benefit of Singaporeans and visitors alike.”