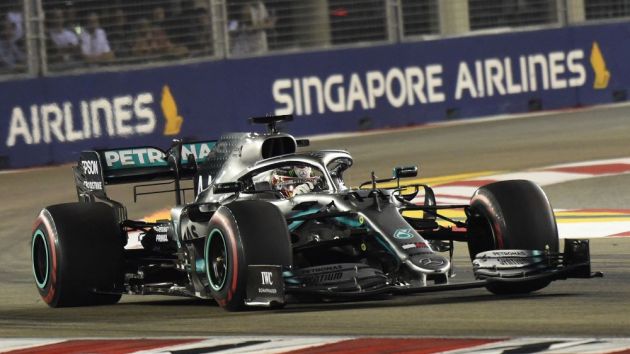 Formula One's Singapore Grand Prix has been cancelled due to safety and logistic concerns connected to the ongoing Covid-19 pandemic.

The race was scheduled for 3rd October and would have served as the 16th round of the global motorsport series' 2021 championship.

According to BBC Sport, Formula One is considering Turkey, China and a second race at Austin in the USA as replacements for the Singapore event.

In a statement on behalf of race organisers Singapore GP Pte Ltd, deputy chairman Colin Syn said: “Given the evolving and unpredictable pandemic situation around the world, it has become increasingly challenging to stage a complex multi-faceted event for tens of thousands of local and overseas spectators.

“We understand that our fans were looking forward to another edition of the Formula One Singapore Grand Prix. To cancel the event for a second year is an incredibly difficult decision, but a necessary one in light of the prevailing restrictions for live events in Singapore."

The organisers also said any decision to continue hosting the Singapore Grand Prix beyond this year will rest on the direction of Formula One and not the pandemic.

Ong Ling Lee, director of sports for the Singapore Tourism Board, added: “Since 2008, the Formula One race has generated benefits for both Singapore and the Formula One franchise, with many local businesses actively involved in race preparations and operations. We are working closely with Singapore GP, Formula One and other government agencies to determine the future of the race.”

Last year's night race was also cancelled due to the Covid-19 outbreak, while this year's event was scheduled to be the last under a four-year extension signed in 2017.

National carrier Singapore Airlines signed on as the title sponsor of the Singapore race in 2014, and has since renewed the deal every two years.

According to The Straits Times, Singapore Airlines' deal for the first two years was believed to be worth between US$10 million and US$15 million annually, and reported at US$10 million a year for the next two years. The value of the 2018/2019 contract has not been disclosed.

The event's title sponsor last month reported a loss of US$3.2 billion, its second consecutive yearly deficit. Without a domestic market, Singapore Airlines has been one of the hardest hit carriers in terms of passenger traffic.

As the only night race and Asia’s only Formula One street race, the Singapore Grand Prix has grown to become a marquee event on the race calendar.

Tickets for this year’s race had not been released for sale, pending the decision on the event’s feasibility.