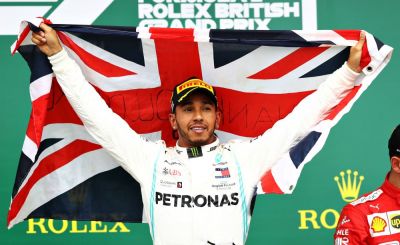 Following its five-year extension with Formula One to host the Grand Prix, Silverstone’s two-year agreement to be part of the initiative will see OVG help the venue attract high-profile events, such as concerts and festivals, as well as securing an annual naming rights partner for the circuit.

In addition, OVG will oversee corporate partnerships at prime locations around the circuit, including the prominent bridge connecting the hotel to the wing, the 4,000-capacity conference and exhibition space, the new ‘Residents at Silverstone’, and the soon to be opened Silverstone Experience Centre.

“This iconic circuit has a rich motorsports history, and we’re looking forward to working with the Silverstone team to develop world-leading content, partnerships, and experiences during this next exciting phase of their development.”

Nick Read, commercial director at Silverstone, added: “With Silverstone’s extended five-year contract to host the British Grand Prix now in place, the opportunities for partnerships with British and global brands are limitless.

“We are excited to be working with Oak View Group’s world-class team to expand our partner portfolio and reach, and we’re looking forward to working alongside other like-minded venues as they join the OVG International Alliance.”

OVG expects to make more member announcements this year for the new initiative, which is modelled on its Arena and Stadium Alliance in the US. The invitation-only partnership of 28 arenas, which includes Madison Square Garden, enables independent venues to attract global sponsorship opportunities, along with more events and content, and achieve efficiencies of scale which would otherwise only be available to large groups.