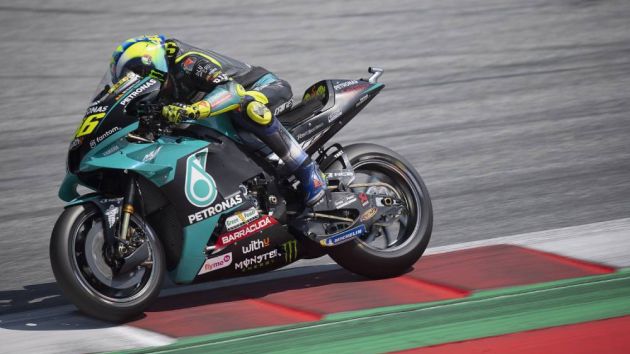 MotoGP's Sepang Racing Team (SRT) has revealed it will leave the global motorcycling series at the end of 2021, with management set to form a new team in its place.

Recently, SRT has faced financial struggles, which were exacerbated by the withdrawal of Malaysian oil and gas giant Petronas as the team's title sponsor earlier this month. At the time, Autosport reported that SRT would shut down its Moto2 and Moto3 teams in an attempt to safeguard the MotoGP project.

Speaking to the BlackBook in June, team principal Razlan Razali said that SRT had to impose a "series of austerity measures" during the 2020 season as a result of the Covid-19 pandemic, but added that the team was "nearly back to normal financial condition".

However, SRT has now confirmed it will axe all three of its teams in MotoGP, Moto2 and Moto3, with Razali and team director Johan Stigefelt expected to announce a new team at the upcoming San Marino Grand Prix.

According to Autosport, the new entity will be backed by audio fitness app WithU, which will reportedly step up its involvement into title sponsorship status.

In a statement, Razali said: "The team will race its final race in Valencia and we thank all our crew, riders, fans and partners for their support.

"In particular, we thank Petronas, with whom none of this would have been possible.

"Together we pushed the Petronas brand and Malaysian expertise to the forefront of the grid and captured unprecedented brand exposure and coverage, exponentially surpassing all expectations.

"We also thank Sepang International Circuit for their vision and support of upcoming Malaysian talent over a long period.

"Our collective dream was to have a Malaysian rider competing for podiums in the MotoGP World Championship.

"Sadly, we were not able to achieve this in the short life of our squad, but we can reflect upon tremendous success by every other measure.

"Our final season has not reached its conclusion yet and we continue to strive for the very best results possible across all three classes. Thank you all."