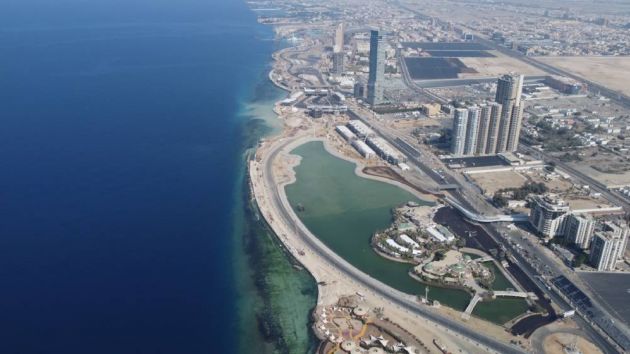 The Saudi Automobile and Motorcycle Federation (SAMF), promoter of the upcoming Formula One Saudi Arabian Grand Prix, has announced a partnership with Etaam, a national food bank organisation, as part of its sustainability plans.

The agreement will see any food waste from the Saudi Arabian Grand Prix's hospitality suites be donated to Etaam to give to those in need.

Additionally, recycling bins will be placed in the race's fan zones to reduce waste.

A statement from the SAMF read: ‘All unconsumed food and beverages from the premium hospitality, Paddock Club, premium suites, the hospitality villas as well as the media and race control will go to the Saudi food bank charity for distribution to those in need.

‘To avoid further waste, recycling bins will be provided in the fan zones, where waste can be separated. A number of additional sustainability activations and initiatives for the race are in their final planning stages.’

The SAMF's sustainable development plans also extend to the lagoon which surrounds the purpose-built circuit. Beginning in May 2021, the SAMF undertook a lagoon reinvigoration project to remove waste and install systems to purify the water.

This project meets several of the United Nation's Sustainable Development Goals and is something the SAMF plans to continue working on beyond the Grand Prix in December.

In addition, the SAMF has built the circuit to provide an environmentally-friendly space for Jeddah to enjoy long after the race has finished. This includes the development of recreational infrastructure and sustained biodiverse natural habitats.

The 2021 Formula One season continues with the Brazilian Grand Prix, which takes place on 14th November.