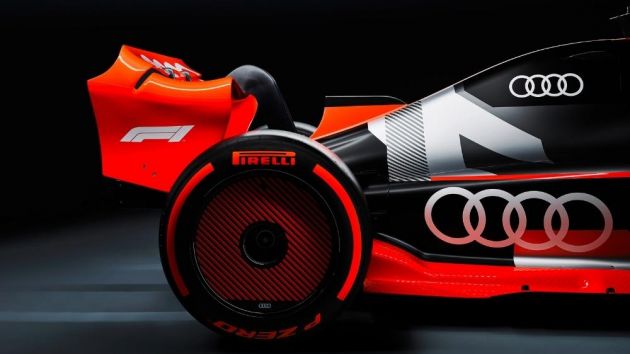 Audi has announced its 2026 Formula One entry will be in partnership with Sauber, with the Swiss team set to compete as the German brand's factory team.

The strategic partnership will see Sauber supplied with engines from the start of the new engine regulations, which will focus on 100 per cent sustainable fuels, an ambitious goal for a new entrant.

Outside of the engines, Sauber will retain operational control of the team on race day, and the car will continue to be manufactured at the team's headquarters in Hinwil.

Audi's Neuburg facility, where the engines will be manufactured, is currently undergoing an expansion of its personnel, buildings and technical infrastructure to manage the project. This is expected to largely be in place by 2023.

This represents a delay to the original timeline announced by Audi in August, as the company claimed the majority of this expansion would be completed by the end of this year.

The first tests of its new Formula One engines are planned for 2025, just one year before it will need to make its on-track debut.

Audi also plans to acquire a stake in Sauber Group, with previous rumours suggesting it was looking at purchasing 75 per cent of the Hinwil-based team.

With Alfa Romeo's current naming rights deal with Sauber set to end at the end of the 2023 season, Audi branding is likely to feature on the car in some form before its official entrance to the global motorsport series in 2026.

“We are delighted to have gained such an experienced and competent partner for our ambitious Formula One project,” says Oliver Hoffmann, member of the board for technical development at Audi.

“We already know the Sauber Group with its state-of-the-art facility and experienced team from previous collaborations and are convinced that together we will form a strong team.”

Audi has previously used Sauber's wind tunnel during its successful Le Mans era and during the development of its touring car for German Touring Car Masters (DTM).

“Audi is the best partner for the Sauber Group,” says Finn Rausing, chairman of Sauber Holding. “It is clear that both companies share the same values and vision. We are looking forward to achieving our common goals with a strong and successful partnership.”