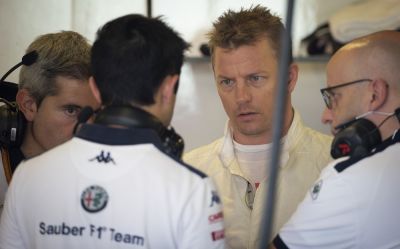 Sauber have rebranded as Alfa Romeo Racing ahead of the 2019 Formula One season.

The Italian luxury car manufacturer became the Swiss motorsport outfit’s title sponsor ahead of the 2018 campaign, and the deal will now see the team drop the Sauber name that has been part of their identity since 1993 when they joined Formula One.

Alfa Romeo’s ownership and management will remain unchanged and independent, with investment firm Longbow Finance still the sole owner of the team.

“After initiating the collaboration with our title sponsor Alfa Romeo in 2018, our team made fantastic progress on the technical, commercial and sporting side,” said Alfa Romeo Racing team principal Frederic Vasseur. “This has given a boost of motivation to each team member, be that track-side or at the headquarters in Switzerland, as the hard work invested has become reflected in our results.

“We aim to continue developing every sector of our team while allowing our passion for racing, technology and design to drive us forward.”

The move comes as Alfa Romeo prepare to embark on the 2019 season with an all-new driver line-up of Kimi Raikkonen and Antonio Giovinazzi. The new campaign gets underway with the Australian Grand Prix on 17th March.