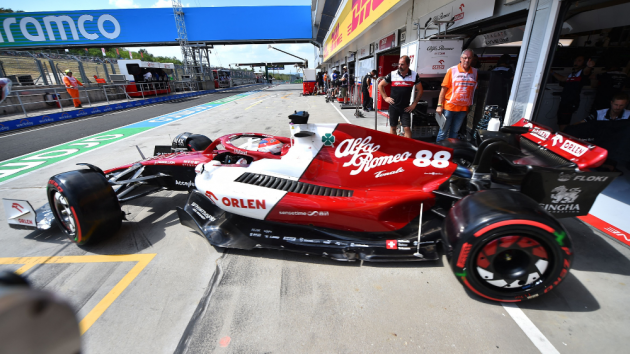 Automaker brand Alfa Romeo has renewed its partnership with Swiss-based Formula One outfit Sauber for the 2023 season.

Sauber, which owns and runs the team under the Alfa Romeo name, is controlled by Islero Investments who are in turn linked to Swedish billionaire Finn Rausing.

The sports car brand, which is part of the Fiat Chrysler Automobiles (FCA) group, will continue to provide Sauber with strategic, engineering and technological advice. As per the agreement signed ahead of the 2018 season, the Formula One car will bear the Alfa Romeo logo, it will be equipped with power units from Ferrari, which is also owned by FCA.

“I have signed the renewal for 2023 this morning,” said Jean-Philippe Imparato, chief executive of Alfa Romeo.

He said Formula One was a “school of excellence” and part of its DNA for Alfa Romeo, a brand of Stellantis, the world's fourth largest carmaker.

“Every year in July we assess the situation. If in the future we realise we are not interested any more [in Formula One] or we don't have returns on our investments, we'll see what to do, but everything will be done in an orderly way,” continued Imparato.

The team are currently being linked with Volkswagen-owned Audi, with reports suggesting the German company is looking for a 75 per cent stake in the team.

“For the moment [the Sauber partnership] is a fantastic, common vision,” Imparato told motorsport news outlet The Race. “If one day something else occurs, it will not be a problem.

“We will develop ourselves in another way, in another world, always based in motorsport, for Alfa Romeo.”