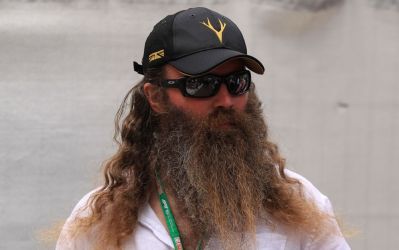 It has emerged that Rich Energy chief executive William Storey (pictured) and the company’s shareholders are at loggerheads over the energy drink’s title sponsorship deal with the Haas Formula One team.

A tweet from Haas’ official account yesterday stated it had ended its deal with the struggling Formula One team, blaming poor on track performance and the sport’s politics for its decision. The tweet was apparently authorised by Storey and remains on the company’s Twitter profile.

Today @rich_energy terminated our contract with @HaasF1Team for poor performance. We aim to beat @redbullracing & being behind @WilliamsRacing in Austria is unacceptable. The politics and PC attitude in @F1 is also inhibiting our business. We wish the team well #F1 #richenergy pic.twitter.com/9mAt2dOnYu

But in a counter move a rebuttal statement was issued, stating it was from ‘the shareholders who own the majority of Rich Energy’, blaming the ‘rogue actions of one individual’ for the tweet.

The statement read: ‘We wholeheartedly believe in the Haas F1 Team, its performance, and the organisation as a whole and we are fully committed to the current sponsorship agreement in place. We also completely believe in the product of Formula 1 and the platform it offers our brand.

‘Clearly the rogue actions of one individual have caused great embarrassment. We are in the process of legally removing the individual from all executive responsibilities. They may speak for themselves but their views are not those of the company.’

The statement added that the tweet was from ‘an authorised source,’ though it is yet to be confirmed who that might be.

But instead of a line being drawn under the issue, Storey issued a further tweet on Rich Energy’s account, attacking the company’s shareholders.

Storey said: “The ludicrous statement by minority shareholders cosy with Red Bull and Whyte Bikes is risible. Their attempted palace coup has failed. I control all of the assets of Rich Energy and have support of all key stakeholders.”

@rich_energy CEO @_williamstorey has commented "The ludicrous statement by minority shareholders cosy with @redbull & @WhyteBikes is risible. Their attempted palace coup has failed. I control all of the assets of @rich_energy & have support of all key stakeholders" #RichEnergy pic.twitter.com/1d32m1AELG

The rift between the two camps compounds what has been a difficult first season in Formula One for Rich Energy. A copyright dispute with Whyte Bikes meant it had to remove its stag logo from all Haas branding, while the team itself has struggled on track, sitting second last in the constructors’ championship.

Despite Storey insisting he controls Rich Energy’s assets, it is believed the investors he lambasted are involved in a separate holding company, effectively giving them the real power.

Former Sainsbury's boss Justin King, an advisor to Storey and Rich Energy's board of directors, is apparently involved with sorting out the mess.

Ahead of the British Grand Prix this weekend, Haas will continue to race with the Rich Energy branding on their cars.