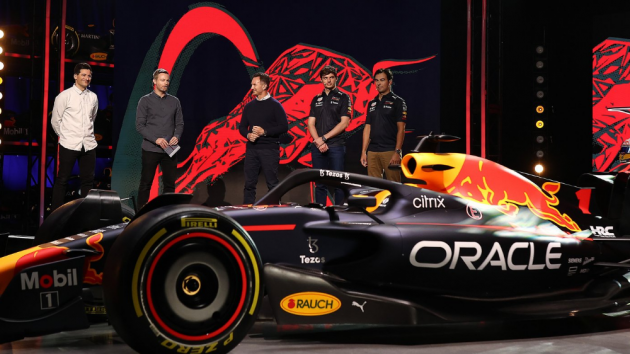 The financial terms of the agreement were not made public, but SportsPro understands the five-year deal to be worth around US$300 million.

It means the UK-based motorsport outfit will be known as Oracle Red Bull Racing from the start of the 2022 season, with the tech firm’s branding featuring prominently on the team’s new RB18 car revealed earlier this week.

The deal is an expansion of an existing partnership between Red Bull and Oracle, which first teamed up with the Formula One team in early 2021.

As well as informing decision-making, Oracle’s cloud infrastructure (OCI) has enabled Red Bull to significantly reduce the cost of billions of simulations, which the team described as ‘critical’ given Formula One’s new spending regulations.

For the upcoming season, Red Bull will continue to lean on Oracle Cloud in areas such as race strategy, engine development, AI-powered driver training and the fan experience. That will include expanding the volume and variety of data they analyse and increasing the speed at which simulations are run to help improve driver performance.

Red Bull team principal and chief executive Christian Horner said that the enhanced partnership “shows the confidence” the Formula One outfit has in Oracle “to deliver a true competitive advantage”.

“Oracle Cloud enabled us to make raceday decisions that helped Max Verstappen win the 2021 drivers’ championship,” he said. “Discovering and reacting to opportunities quickly is crucial to our success on and off the track, and Oracle is integral in that effort.”

“Red Bull Racing has been more committed than any other F1 team in its use of technology to gain an edge, and it is paying off,” added Ariel Kelman, Oracle’s executive vice president and chief marketing officer. “Our commitment to this partnership reflects our belief that OCI is a strategic weapon on raceday, helps create the most exciting fan experience in sports, and can define the future of F1.”

Oracle is also working with Red Bull Powertrains on engine development ahead of the introduction of Formula One’s new power units in 2026.

The new partnership will also see the pair collaborate on the launch of Oracle Red Bull Racing Esports, a new competitive gaming team that will use OCI-powered analytics to optimise car set up, improve race strategy, and train drivers.