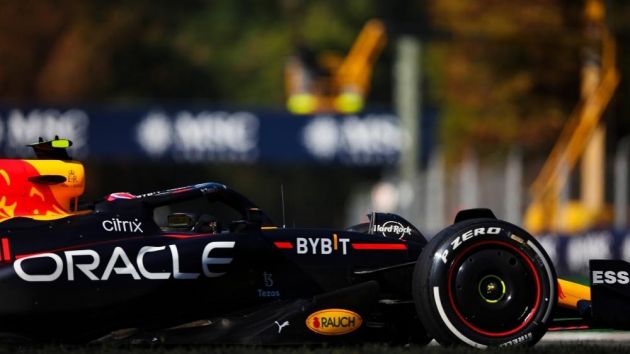 The Red Bull Formula One team have announced a multi-year partnership with UK sportswear brand Castore.

The agreement, which commences from the start of the 2023 season, will see Castore supply the racing outfit with apparel, including high performance sportswear ranges.

The Manchester-based company has also secured branding on Red Bull apparel and the race suits of drivers Max Verstappen and Sergio Pérez.

Additionally, Castore will take on Red Bull’s licensed merchandise programme, providing the team’s global fanbase with access to products across the globe.

The Castore and Red Bull collections will be available to purchase on the pair’s official online stores, as well as through trackside retail.

“We are thrilled to be partnering with Oracle Red Bull Racing, one of the most iconic F1 teams of modern times,” said Tom Beahon, co-founder of Castore.

“The partnership further strengthens Castore’s presence in Formula One, and we are thrilled to continue this journey with the Oracle Red Bull Racing team and their hugely passionate fanbase.”

Christian Horner, Red Bull’s team principal and chief executive, added: “Our team members have to be equipped to perform no matter what they encounter and sportswear optimised for functionality and comfort is a crucial component in achieving the level needed to win.

“Consequently, I’m excited that we are partnering with Castore as their expertise in sports science, materials and engineering will help us to meet that goal. I’m also really pleased that we’ll be able to bring that level of performance to fans.”

The deal deepens Castore’s motorsport ties. In April, the company expanded its tie-up with McLaren to include their IndyCar team, adding to partnerships with Silverstone Circuit and Le Mans.