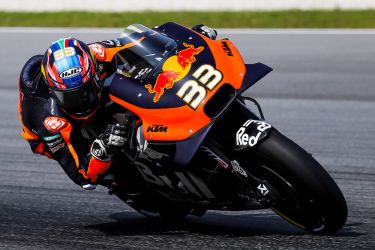 Red Bull has signed a multi-year renewal of its deal with MotoGP promoter Dorna Sports that includes title sponsorship of two races in Spain next month.

The new agreement, which runs until 2024, will see the energy drinks giant sponsor the upcoming Spanish and Andalusian Grands Prix, both of which are due to take place at the Circuito de Jerez-Angel Nieto as MotoGP begins its delayed 2020 season.

Additionally, Red Bull will serve as the title sponsor of MotoGP’s US race at Austin’s Grand Prix of the Americas until 2024, as well as co-sponsoring the series’ San Marino round.

Red Bull has a long history of supporting MotoGP across all categories of racing, including its esports championship, while the brand also sponsors and co-organises the MotoGP Rookies Cup, a talent development programme.

Red Bull-owned ServusTV is also a MotoGP broadcast partner in Germany and Austria, and the company’s Red Bull Ring plays host to the Austrian Grand Prix.

"Red Bull is a true partner of MotoGP,” said Dorna Sports managing director Pau Serracanta. “As we approach the end of this agreement, it will be nearly 20 years that we will have spent working together – since 2005, when Red Bull was the title sponsor of the US GP at Laguna Seca.”

MotoGP’s revised, 17-race 2020 season is due to begin with the Spanish Grand Prix on 19th July and will run until at least 15th November. All currently confirmed Grands Prix will take place in Europe, but talks are ongoing to add four additional non-European races later in the year.