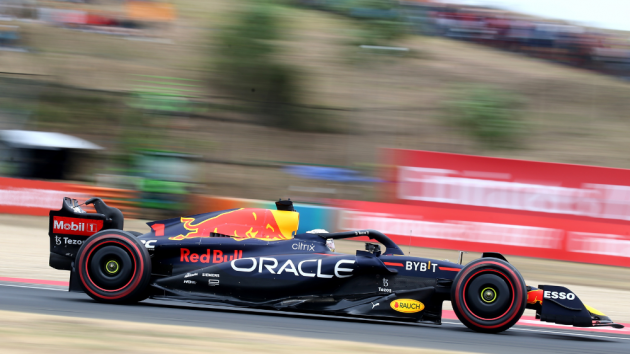 The Red Bull Formula One team and Honda have announced an extension to their technical partnership until the end of 2025.

The agreement will see the British-based racing outfit and the Japanese auto manufacturer continue their power unit support deal for a further two seasons.

Honda began supplying Red Bull with engines in 2019, before pulling out of the sport at the end of the 2021 season.

However, it was announced that the company would provide technical support to the newly-created Red Bull Powertrains division. That arrangement was supposed to conclude at the end of the 2023 season.

Formula One’s new engine regulations are set to take effect at the beginning of the 2026 campaign, meaning Red Bull and Honda’s latest pact will now run to the year Porsche is expected to take over the team’s powertrain development.

Porsche is reportedly set to acquire a 50 per cent stake in the Milton Keynes-headquartered outfit, although Red Bull team principal Christian Horner has said there is still a “lengthy process” to go through before the deal is completed.

Honda has also pointed out that its extended agreement with Red Bull “does not involve PU [power unit] development” nor any additional allocation of resources, allowing the company to continue working towards meeting its own carbon-neutral goals.

“Red Bull’s partnership with Honda has been an incredibly successful one and we are pleased that this will continue until the end of the current era of the FIA’s [International Motorsport Federation] power unit regulations in 2025,” said Horner.

Honda Racing Corporation (HRC) chief executive Koji Watanabe added: “We have agreed to continue support Red Bull Powertrains in Formula One through HRC, following Red Bull’s request to extend our current agreement, which HRC can meet within its existing resources.

“Once again, we aim to use our involvement in the pinnacle of motorsport for the development of technologies and of our workforce.”