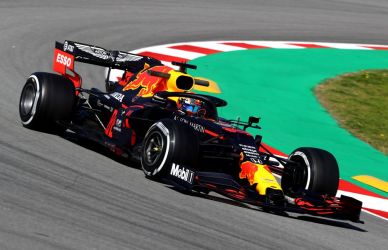 Energy drink giant Red Bull wants to acquire Formula One broadcast rights in its home market of Austria from 2021, according to media reports from the country.

Red Bull is already heavily involved in the global motorsport series and operates two teams in Red Bull Racing and AlphaTauri, with the latter having rebranded from Toro Rosso for the 2020 season. The brand has also lent its name to the Red Bull Ring, home of the Austrian Grand Prix.

Now it has been reported that the brand is eyeing up Formula One rights for its free-to-air (FTA) TV channel Servus TV.

Red Bull is likely to face competition from public service broadcaster ORF, which has rights to the series until the end of the 2020 campaign under a €10 million (US$ 10.8 million) per year agreement. This is €5 million (US$5.4 million) less than it had been paying prior to 2016, with ORF stating the revised amount was “in line with our reasonable expectations”. The broadcaster was hit by a reduction in funding in 2014 due to a change in legislation meaning the Austrian government would no longer compensate ORF for licence fee exemptions.

Though a new rights deal with Formula One is yet to be agreed, Hans Peter Trost, ORF’s director of sports, has confirmed to Austrian media that it would be bidding for the contract.

If Red Bull can beat ORF to the rights from next season, it will add to Servus TV’s content portfolio, which already includes the MotoGP motorcycling series in Austria and Germany.

The channel, according to Sportcal, also drew its highest ever audience in Austria of 738,000 viewers, giving it a market share of 45 per cent, for local tennis star Dominic Thiem’s defeat to Novak Djokovic in the Australian Open final earlier this month.

“We are not a sports broadcaster. We have to think carefully about such an option. F1 rights are always interesting for a broadcaster, but we cannot say anything about them now,” Red Bull’s cofounder Dietrich Mateschitz told Speedweek.com in an earlier interview.

“We have to wait and see what ORF decides and what Sky does. It depends on the market situation, it must always be interesting.”