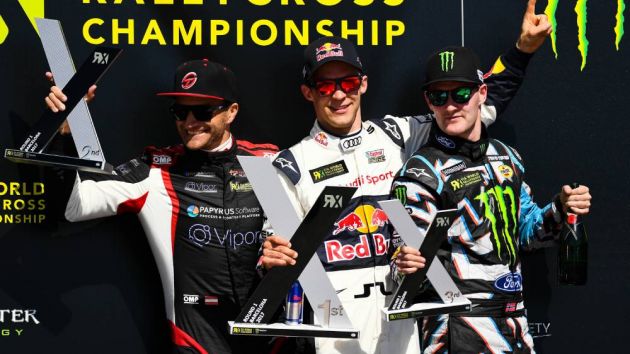 The World Rallycross Championship (World RX) has announced the creation of Rallycross Promoter to manage the promotion and commercial elements of the series.

Rallycross Promoter will work alongside WRC Promoter, which manages the commercial elements and promotion of the World Rally Championship (WRC).

As part of the move, WRC Promoter managing director Jona Siebel will undertake the same role at Rallycross Promoter.

The new promotional firm was founded by Red Bull and KW25 after securing approval from the International Automobile Federation (FIA) in February this year.

"This is wonderful news for the development of the sport," said Peter Bayer, the FIA secretary general for motorsport.

"The FIA World Rallycross Championship is fast approaching a new and exciting electric era and I look forward to sharing ideas and working together with Rallycross Promoter to drive the championship’s growth and foster a bright and more sustainable future."

In addition, Arne Dirks has been appointed as executive director of Rallycross Promoter, bringing with him a wealth of experience from working at Deutsche Volleyball Sport, the commercial sector of the German Volleyball Federation.

"My passion for sport also embraces my professional career and I’m honoured to join Rallycross Promoter at such an important time in the growth of World RX, as we steer towards the introduction of the exciting electric era in 2022," said Dirks.

"World RX is on the cusp of a sustainable future focused on e-mobility and transforming the way society views these issues globally. It’s an innovative and pioneering future, but first I can’t wait to lead our fledging team into what I’m sure will be an action-packed 2021 season."