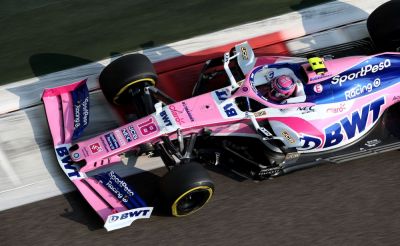 Racing Point Formula One will rebrand as Aston Martin from the 2021 season after the team’s major stakeholder, Lawrence Stroll, acquired a 20 per cent stake in the luxury car manufacturer.

The Canadian billionaire is leading a consortium that will pump a reported UK£182 million (US$239 million) into the company, with the rest coming from issuing fresh shares to existing investors.

The deal will see Aston Martin receive equity in Racing Point, while also securing a five-year sponsorship agreement with the Silverstone-based team.

The manufacturer currently has a title partnership with Red Bull Racing, worth around US$20 million per season, which the team confirmed will end after the 2020 campaign. The pair’s technology partnership will continue until Aston Martin has completed deliveries of the Valkyrie, a hypercar developed collaboratively with Red Bull, at the end of the year.

Stroll first made his move into Formula One after his Racing Point consortium paid UK£90 million (US$118.2 million) to take over the Force India Team in August 2017, rescuing it from administration. His Aston Martin investment comes as the car company announced plans to raise emergency funding worth UK£500 million (US$656.6 million).

The iconic British brand had held a board meeting to discuss how to prop up the struggling firm after its self-described ‘disappointing performance’ in 2019. It had issued a profit warning, saying annual earnings were likely to fall by nearly half from the year prior, with expected earnings of between UK£130 million (US$170.7 million) and UK£140 million (US$183.8 million) well below the UK£247.3 million (US$324.8 million) in 2018.

Stroll will now take a seat on the Aston Martin board as its new executive chairman. Penny Hughes will step down as the company’s chairman once the deal is officially completed.

“The difficult trading performance in 2019 resulted in severe pressure on liquidity which has left the company with no alternative but to seek substantial additional equity financing,” Hughes said.

“Without this, the balance sheet is not robust enough to support the operations of the group.

“Notwithstanding recent weak trading, the strength of the Aston Martin brand and our expanding portfolio of cars has allowed us to attract a strong new partner in Mr Stroll to support the turnaround of the business.”

On the track, the Formula One team under its current Racing Point guise has finished seventh in the constructors’ championship during its two seasons with the global motorsport series.