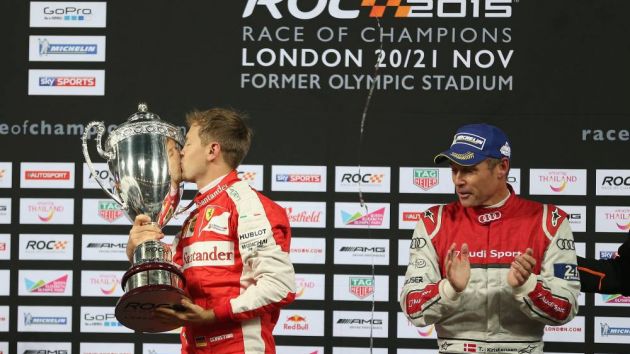 Under the multi-year deal, which is set to begin in 2022, SportFive will market and distribute media rights of the event.

ROC brings together competitors from all fields of motorsport, including Formula One, DTM, Le Mans, World Rallycross and IndyCar. Drivers battle head-to-head on the same circuit in a stadium to find the ultimate champion.

Additionally, the next ROC Final, which is scheduled to take place in Sweden in February 2022, is aiming to operate as carbon neutral.

"We are very happy to partner with SportFive for the broadcasting rights," said Frederik Johnsson, president of IMP. "Their extensive international experience is very important to support the growing global exposure of the Race Of Champions."

"We are delighted to partner with IMP for the distribution of this traditional global motorsport event and to deliver the action to as many motorsport fans as possible across the globe," Tigran Sirunyan, vice president of media at SportFive added.