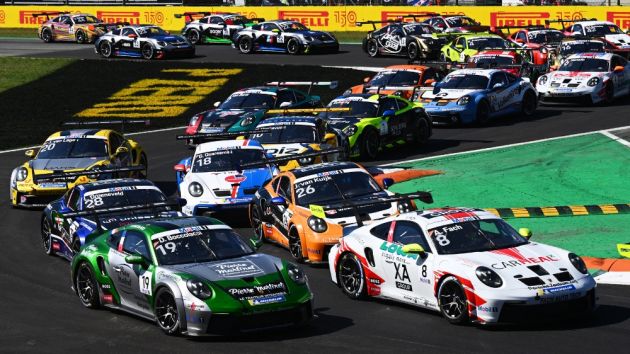 The Porsche Supercup has extended its contract with Formula One to continue as a support series until 2030.

The eight-year extension will see the one-make racing series continue a relationship that began in 1993, and it means the series will have supported Formula One across four different decades.

It will support Formula One at eight different race weekends, starting with Imola from 19th to 21st May and finishing with Monza from 1st to 3rd September.

“For more than 30 years Porsche has been an important part of the Formula 1 weekend,” said Stefano Domenicali, president and chief executive of Formula One.

“I’m looking forward to continuing our long-standing relationship which delivers something special for our fans across our European season and beyond. It is yet another sign of our growth and influence as a platform that major brands want to continue to expand their relationships with us and the potential that is there for all our partners.”

Thomas Laudenbach, vice president of Porsche Motorsport, added: “The Porsche Supercup has been a regular fixture on selected Formula One weekends since 1993.

“And this isn’t about to change: both parties have agreed to an eight-years contract extension. This underlines the great level of trust that Formula One has put in our concept and our team, as much today as for the last 30 years.”