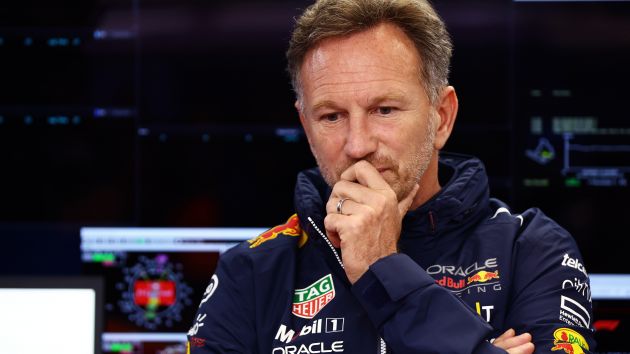 Red Bull team principal Christian Horner has said there is still a “lengthy process” to go through before German carmaker Porsche completes its investment in the Formula One outfit.

Documents published in Morocco, as reported by Motorsport.com last week, showed Volkswagen-owned Porsche intended to sign a ten-year partnership with Red Bull, which would see the Volkswagen-owned company supply the UK-based team’s powertrains from 2026 and take a 50 per cent stake. The agreement was purportedly set to be announced on 4th August.

However, an imminent unveiling now seems unlikely. According to Horner, there are still several hurdles for the pair to clear after delays over the exact specification of the 2026 powertrain regulations.

According to Autosport, Porsche’s – as well as Audi’s – involvement is contingent on the motor generator unit-heat (MGU-H), a component of a hybrid-electric internal combustion engine, being scrapped, a greater reliance on sustainable fuels and a significant enough reset to allow them to be competitive.

“There’s some major caveats that we need to get past first before things can get anywhere near progression,” Horner told Autosport.

“That primarily focuses on what are the final technical, sporting and financial regulations for the power unit going to be.

“Are they going to be fair and equitable for the newcomers versus the current incumbents?

“That is the first piece of the jigsaw that needs to be completed.

“It’s something that I know the FIA are working hard on. Hopefully in coming weeks we’ll get to see that.

“At that point then, we’re able then to try and have a further discussion with the guys at Porsche.

“It’s going to be a reasonably lengthy process, I would assume.

“The most fundamental thing is, what are those regulations for 2026, and are they attractive enough for an entity like a Porsche or an Audi to come into Formula One?”

Horner added that the partnership needed to fit the ‘Red Bull philosophy’, adding that any partnership would need to be a long-term commitment.

“We’re really only at a discussion stage and there's so many caveats based on regulations,” he continued.

“Red Bull has demonstrated its commitment to Formula One, its longevity in the sport.

“Anything that we look at is very much with the long-term in mind. We're not looking at a short-term solution.

“Strategically, it would have to fit obviously within the long-term plans that Red Bull have for its commitment in Formula One.”