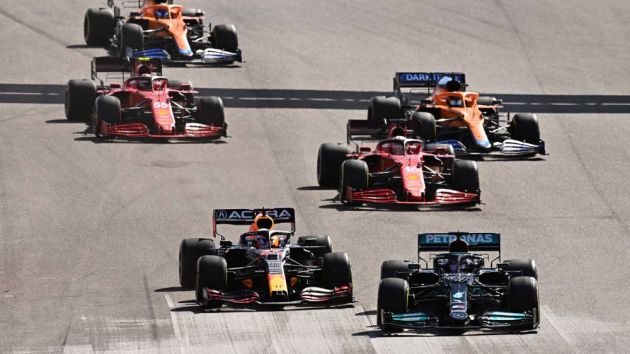 Porsche is "seriously considering" entering Formula One and is expected to make a decision soon, according to Thomas Laudenbach, the managing director of the manufacturer’s motorsport division.

From 2025, Formula One is set to allows its teams to replace their current 1.6 litre V6 power units and the series held discussions in June, which Porsche was present for, to determine what should be used instead.

These changes are part of an effort from Formula One to tempt new original equipment manufacturers (OEMs), such as Porsche and Audi, to enter the series.

Although no formal announcement has been made, Laudenbach told The Race that Porsche are close to finalising a decision, with that expected by the end of 2021.

"There’s no decision made yet. So if you asked if we will be there or not, I don’t know," said Laudenbach.

"But we are considering it, and we will have a decision. But I can’t really say exactly when. One thing is clear, if such a decision is made, you can’t wait too long. Because if you want to race in 2025, or 2026, you have to start at a certain time.

"A lot of things are going into the right direction concerning Formula One. Many of the factors, from what we know they might become true.

"This is something that makes it far more interesting for us than in the past years."

Two updates that could help push Porsche towards a Formula One entry, Laudenbach said, are the upcoming changes in technical regulations and an increased focus on electrification. Currently, the German OEM runs in the Formula E electric single-seater series.

As part of Formula One's engine discussions, it is likely that the MGU-H, the most complicated part of the hybrid system, will be dropped. Despite this, the series is keen to keep the hybrid element as an important part of the engine.

"If you look what car manufacturers are announcing concerning the share of electric vehicles they’re going to sell in the future, it is very important that Formula One does a shift towards electrification," added Laudenbach.

"Yes, it is clear you can’t do such a format with a battery electric vehicle. We all know that.

"But I think there needs to be a much higher priority of the electric part of the powertrain. As an OEM you want to show yourself in motorsport, it needs to be relevant to what happens on the road. The FIA made a huge step towards that direction. So that’s going to help.”