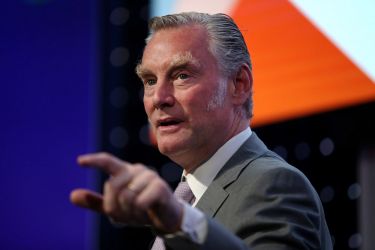 Athlete marketing company Opendorse has closed a US$3.125 million funding round, securing an injection of fresh capital that will be used by the company to relaunch its social publishing platform.

The latest round of financing was led by existing investors Serra Ventures and Flyover Capital, both of whom participated in Opendorse’s Series A funding round of US$3.5 million in 2017.

The fresh funding takes the total capital raised by Opendorse, which was founded in 2012, to US$9.525 million.

The Opendorse platform is currently used by more than 7,000 athletes, including the likes of Odell Beckham Jr and Dustin Johnson, in addition to teams, leagues, associations, sponsors and brands.

Among the sports properties utilising the platform are the PGA Tour, the WTA and the National Football League Players Association (NFLPA), while it is also used by companies such as Pepsi, Garmin, Procter & Gamble and FedEx.

“This raise provides Opendorse with a clear path to profitability in the short-term and sets up the company to surpass 1,000 customers in the medium-term and 100,000 athletes worldwide in the long-term,” said company co-founder and chief executive Blake Lawrence.

“We used six years of experience alongside the best in social and sports to envision the platform that will help our partners and thousands of athletes win today and well into the future. This doesn’t just add another tool to the market — it can create fundamental change in what athlete marketing can be.”

Enhancements being made to the platform include an expanded distribution function, more shareable and better organised media capabilities, improved customisation, and a note-sharing feature that enables users to communicate with athletes.

An Opendorse statement said the Lincoln, Nebraska-based company’s customer base quadrupled over the course of the past year, with subscription revenue growing eightfold during that time.

Its statement also claims the company is on pace to become the top publisher of sports-related social content in the world by December 2019, surpassing established players like ESPN, CBS Sports and Bleacher Report.

“If somebody had told you five years ago that a media company like ESPN or Bleacher Report would not be the biggest distributor of sports content on social, you would not have believed them,” said Bratches.

“But social media has changed the game - and Opendorse has created the ultimate solution that allows athletes and brands to distribute content at scale.

“It’s exceptional how far Opendorse has come in such a short period of time. We’re still in the early stages, though. In a few years, you will be hard-pressed to find an athlete not marketing themselves through Opendorse.”