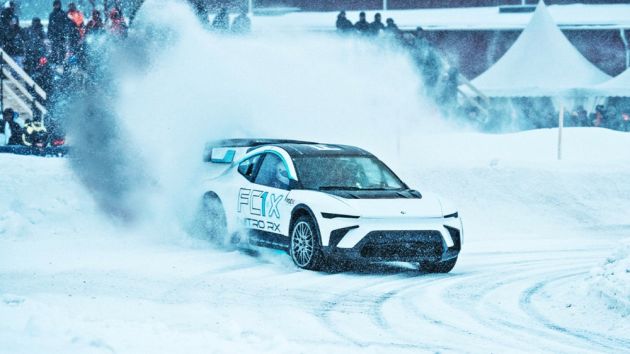 Nitro Rallycross (Nitro RX) has confirmed the round in Calgary, Alberta, will take place on 4th to 5th February 2023 as part of its 2022/23 schedule.

The race was included in the original ten-round calendar announcement ahead of this season, but details have now been finalised for the round to go ahead. The Calgary event will form part of a Canadian doubleheader, as it follows the round in Quebec.

Still to be decided is the location and date of the Nitro RX season finale, but it is expected to be held somewhere in the US. The electric rallycross series has faced difficulties in delivering its original calendar due to Finland and Saudi Arabia rounds not going ahead.

While no reason has been publically stated for the cancellation of the visit to Saudi Arabia, Finland was removed from the schedule due to shortfalls in relation to the venue.

With the confirmation of the Calgary round, the inaugural global season of Nitro RX has three races left before the end of its first year.

“We are so excited to bring Nitro RX to Calgary for the first time, Nitro Circus has had some incredible moments in this city, said Travis Pastrana, founder of Nitro RX.

“Now with Nitro RX, we are bringing that same no limits attitude and passion for progression to four-wheel action. I can’t wait to put these insane new cars on snow and ice. They said it couldn’t get any crazier, but we found a way. I’m definitely looking forward to it.”

Brett Clarke, president of Nitro RX, added: “Since the creation of Nitro Rallycross, we’ve always looked to push the boundaries around creating the most exciting motorsports events on the planet.

“From the drivers, the format, to the tracks and the locations, we’ve built the brand as the next generation of motorsports - Calgary will take that thesis to the next level with an ice track inside the iconic stadium that is Stampede Park.