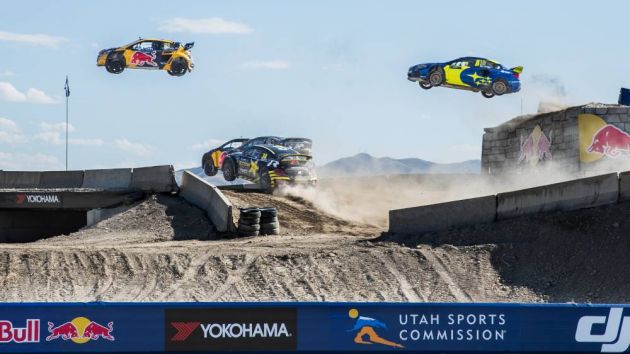 Nitro Rallycross (Nitro RX) has announced a host of broadcast, manufacturer and corporate deals ahead of its inaugural season, beginning on 24th September.

The series has signed a broadcast partnership with DAZN covering more than 200 territories, including Brazil, Italy, Japan and Spain, while also agreeing a contract with BT Sport in the UK.

Additionally, Nitro RX will be available on Fox Sports and Kayo in Australia, MCS in Belgium, France, Luxembourg and the Netherlands, SportsNet in Canada, as well as via YouTube in more than 200 territories.

This adds to the list of previously announced broadcast partners, including BeIN Sports in the Middle East and North Africa (MENA), a deal with NBC in the US that includes distribution via the Peacock streaming service, as well as Tencent in China.

The broadcast partnerships in Australia, Belgium, Brazil, France, Italy, Japan, Luxembourg, the Netherlands, New Zealand, Spain and the US are exclusive, whilst other territories will have access to watch Nitro RX live on DAZN and YouTube.

Additionally, Nitro RX founding partner Red Bull has extended its agreement with the championship and Yokohama has expanded its involvement to become the official tyre partner of the series. O'Reilly Auto Parts and Subaru Motorsports USA have also signed as official series partners.

"The excitement and anticipation for Nitro Rallycross’ series launch is at its pinnacle, and we are thrilled that fans will soon be able to experience this innovative concept all over the world," said Joe Carr, chief executive of Nitro RX promoter Thrill One Sports and Entertainment.

"By putting the ‘Nitro’ stamp on rallycross, we’re taking ‘action-packed’ to another level; anyone who loves adrenaline is sure to enjoy this truly next-generation racing."