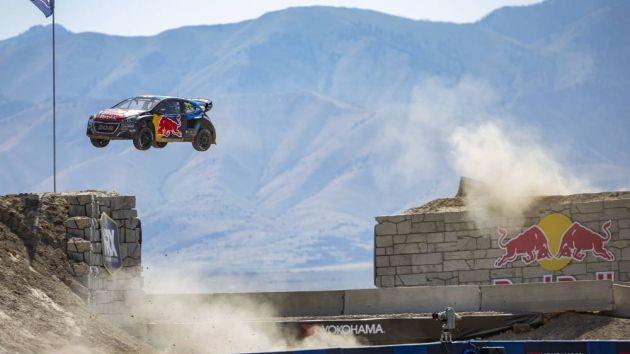 Nitro Rallycross (NRX) has announced the first seven teams which are set to compete in its global series in 2022.

The teams, hailing from North America and Europe, include Vermont SportsCar, GRX, Dreyer and Reinbold Racing, Olsberg MSE, Xite Racing and Good Times Racing, with a final team yet to be announced.

The first full season of NRX is set to begin in September this year, taking place across five US states before expanding to Europe and the Middle East in 2022.

"We have worked closely with the teams and manufactures to build the very best Rallycross car ever developed," said Joe Carr, chief executive of Thrill One Sports and Entertainment, NRX’s parent company. "This collaboration and buy-in is a testament to their belief in NRX as the future of Rallycross."

"From the first announcement that Nitro Rallycross was expanding into a global series, industry response has been tremendous.

"This far-reaching commitment from some of the most prominent teams in motorsport demonstrates their strong confidence in the property and the direction we are headed."

Additionally, NRX has confirmed orders for its brand-new electric supercar class, set to debut in 2022.

QEV Technologies and Olsbergs MSE team have collaborated to develop the FC1-X, the vehicle which will be used in the class. A ground-breaking development in electric rallycross technology, the car boasts a top speed of 180 mph and can accelerate from zero to 60 mph in 1.5 seconds.

So far, the series has nine orders for the FC1-X, with conversations ongoing regarding the remaining vehicles. The championship will limit the class to a maximum of 16.

"We are seeing a lot of excitement about the FC1-X," adds Carr.

"With nine sales already secured and more purchase orders expected soon, we are very confident that we will sell out the entire 16-car field ahead of our inaugural electric season in 2022."

"In addition to offering teams unprecedented performance, the FC1-X will also provide manufacturers a record-breaking platform to showcase their new electric crossover SUV models, the fastest-growing category in the industry, in front of a global audience."