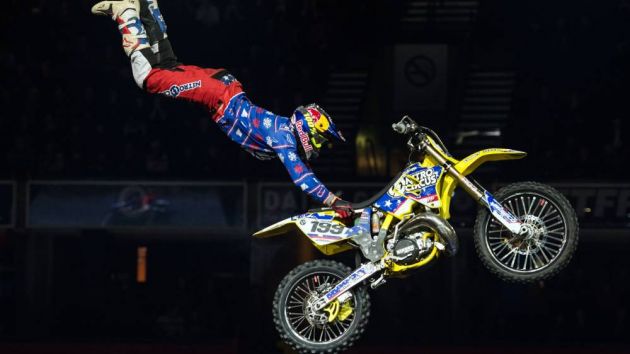 Sports entertainment company Nitro Circus has announced that its newly created Nitro Circus Pit Bike Triple Crown championship will be broadcast in the US by Fox Sports.

Under the deal, the first event of the three-race season on 4th July will be available to watch on pay-TV channel FS1. The following two events, on 11th and 18th July, will be broadcast on FS2.

In addition, the series has inked a presenting sponsorship deal with mortgage company Guaranteed Rate, which will see the championship officially be named ‘Nitro Circus Pit Bike Triple Crown presented by Guaranteed Rate’.

The series will be managed by Thrill One Sports and Entertainment, the company formed in 2020 following the merger of Nitro Circus, Street League Skateboarding and Superjacket Productions.

"The challenges of last year brought about the opportunity to pull together some amazing riders for an epic pit bike event," said Travis Pastrana, Nitro Circus co-founder.

"We had so much fun with so many laughs that everyone couldn’t wait to do it again. But like everything Nitro Circus does, we had to up the ante.

"This year will be a triple crown of awesomeness visiting three iconic locations. With so much fun to be had and a chance at one million dollars, the entry list is full of talent."