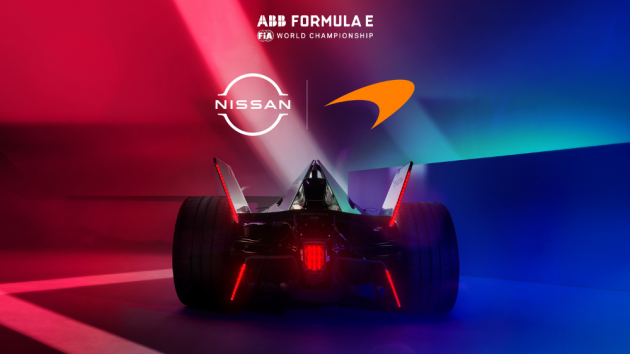 McLaren Racing's Formula E team will have their powertrains supplied by Nissan as part of a multi-year technical collaboration ahead of the UK-based outfit's inaugural season in the all-electric championship.

The partnership will see Nissan supply its EV powertrain technology to the McLaren Formula E Team for the entirety of the Formula E Gen3 era. Through this relationship, both parties will work closely together as they compete against other successful brands in one of the most challenging and technically advanced racing series in the world.

McLaren will be taking over the Mercedes-EQ Formula E team, which announced it was leaving the series in August of last year.

“As we are shaping the team for its first season as McLaren in Formula E, we are naturally seeking the best partnerships and opportunities on every front – with the technical aspect being one of the key areas,” said Zak Brown, chief executive of McLaren Racing.

“Nissan have proven their knowledge, craft and commitment over the last four seasons in Formula E, and heading into the Gen3 era, we have full confidence that the collaboration will bring both parties much success. This will be a true partnership that will drive both the team’s performance and the development of the Nissan Formula E powertrain technology.”

Ashwani Gupta, chief operating officer of Nissan, said: “Our new partnership with McLaren Racing will be a powerful one, as the association will inspire collaboration and knowledge sharing. The pioneering spirit and drive to innovate are characteristics Nissan and McLaren Racing share, making them an ideal partner for us in Formula E and as we continue to electrify our vehicles.”