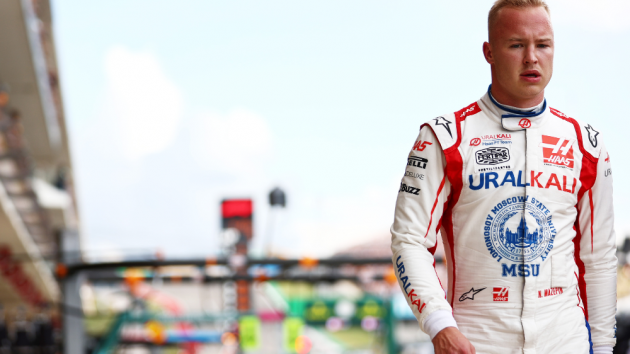 Former Haas driver Nikita Mazepin has said he is suing the Formula One team due to alleged unpaid wages.

The Russian was sacked by American-owned Haas in March following the invasion of Ukraine. The team’s title sponsorship with Russian fertiliser brand Uralkali, which is part-owned by Mazepin’s father, was also terminated.

The fallout has reportedly seen Uralkali’s request for a sponsorship refund and compensation, worth in excess of US$21 million, rejected by Haas. The team also claimed it was entitled to €8 million (US$8.4 million) of compensation due to a loss of profits that would have been realised had the deal continued.

Now, Mazepin is taking his former employer to court over “salary arrears”. Speaking to Russian media outlet RBC Sport, the 23-year-old said his legal action would be separate from Haas’ ongoing wrangling with Uralkali.

“When the contract was terminated, Haas had salary arrears to me for 2022, Mazepin said. “And they still haven’t paid it.

“I’m only talking about the fact that contractual obligations were not fulfilled.

“You also need to understand that we had two independent contracts. And breaking the agreement with the title sponsor [Uralkali] did not have a direct impact on my future in the team.

“So they [Haas] made two separate decisions. I didn’t see my money, so we’re going to court.”

Mazepin also suggested that Russian Grand Prix promoter Rosgonki was paid by Formula One for the cancellation of its race, meaning the series “thereby, set an example of etiquette” Haas could have followed.